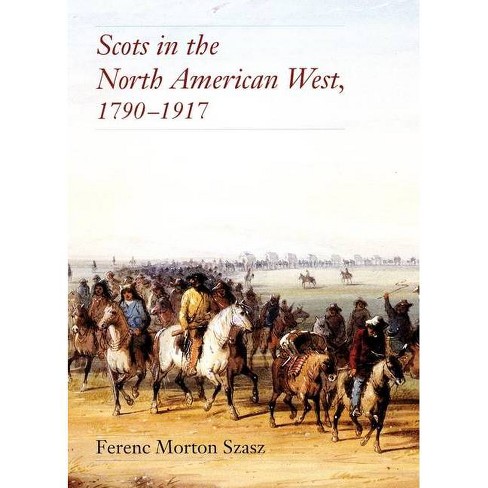 $29.95
undefined out of 5 stars with 0 reviews
be the first!be the first! ratings
Help us improve this page

Although Scots have never been an exceptionally large immigrant group in North America, their presence in the West proved significant in a variety of arenas. In this unique and engaging new book, Ferenc Morton Szasz outlines the many contributions Scots have made to the development of the region.

Scots trappers dominated the fur trade, often proving more loyal to clan than to trading company or nation. Relying on centuries of experience raising livestock for British markets, Scottish investors and managers became highly visible in the post-Civil War western cattle industry with thriving outfits such as the Swan Land and Cattle Company in Wyoming. They introduced new breeds to western ranching, such as the Aberdeen Angus, that remain popular today. Similarly, Scots herders dominated the western sheep industry, running herds of over 100,000 animals. Andrew Little's sheep ranch in Idaho was so famous that a letter addressed simply "Andy Little, USA" found its intended recipient. This book illuminates the many Scottish explorers, traders, adventurers, ranchers, artists, photographers, and writers who helped forge what is perhaps America's greatest cultural export -- the myth of the West.