Sculpture on a Grand Scale - by Tyler Sprague (Hardcover) 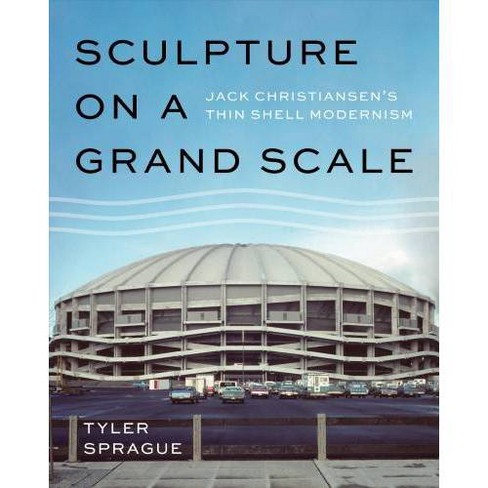 The Kingdome, John ("Jack") Christiansen's best-known work, was the largest freestanding concrete dome in the world. Built amid public controversy, the multipurpose arena was designed to stand for a thousand years but was demolished in a great cloud of dust after less than a quarter century.

Many know the fate of Seattle's iconic dome, but fewer are familiar with its innovative structural engineer, Jack Christensen (1927-2017), and his significant contribution to Pacific Northwest and modernist architecture. Christiansen designed more than a hundred projects in the region: public schools and gymnasiums, sculptural church spaces, many of the Seattle Center's 1962 World's Fair buildings, and the Museum of Flight's vast glass roof all reflect his expressive ideas. Inspired by Northwest topography and drawn to the region's mountains and profound natural landscapes, Christiansen employed hyperbolic paraboloid forms, barrel-vault structures, and efficient modular construction to echo and complement the forms he loved in nature. Notably, he became an enthusiastic proponent of using thin shell concrete--the Kingdome being the most prominent example--to create inexpensive, utilitarian space on a large scale.

Tyler Sprague places Christiansen within a global cohort of thin shell engineer-designers, exploring the use of a remarkable structural medium known for its minimal use of material, architectually expressive forms, and long-span capability. Examining Christiansen's creative design and engineering work, Sprague, who interviewed Christiansen extensively, illuminates his legacy of graceful, distinctive concrete architectural forms, highlighting their lasting imprint on the region's built environment.