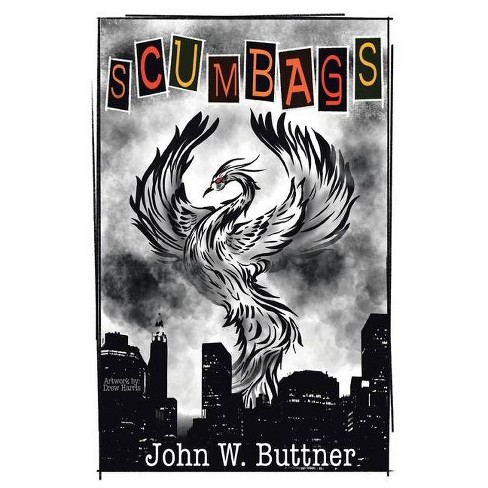 Scumbags is a crime thriller and drama with an underlying romantic subplot about four teenagers in a small working-class city where only the strongest, smartest, and sometimes dirtiest survive. Two of the four boys are brothers, while all four of them have suffered less-than-ideal circumstances on the home front. The four Scumbags, as they come to be called, do any and everything necessary to survive. One night, the four lifelong friends attempt to carjack a drunken stranger to help advance their small-time marijuana business. When the stranger decides to try his luck, he is accidentally shot. The boys flee in the stolen car but end up in a terrible car accident, where the driver, who happened to have planned the crime himself, ends up stuck in the wreckage. He tells the others to run and to save themselves, as the police sirens in the distance are rapidly approaching. They reluctantly do as he wishes and leave him to the police. He is sentenced to four years for aggravated assault and grand theft auto. In his absence, the remaining Scumbags take their criminal activities to the next level, swapping out their marijuana for heroin. They also involve themselves in a kidnapping and extortion ring, where they target rich and powerful men with dirty and dark secrets. They use the secrets, along with the kidnapping of their target's child or children, to extort large sums of money and make sure they stay silent. Once their fourth member is released at the age of eighteen, he is quickly thrown into the fire with both of their new business dealings. They pick a rich and powerful man for their last target. By then, they'll have earned enough money to gracefully bow out of the streets for good and turn to legitimate ways of earning income. Their target has other plans than to concede to them and has his men prepare for war, while the leader of the Scumbags unwillingly falls in love with their target's daughter, who happens to be their hostage. The two form a bond that is undeniable and causes them to question everything they know about themselves. The drama reaches its boiling point during the hostage and money exchanges when an old jailhouse beef resurfaces and causes the death toll the quickly rise. In the end, there are only two survivors. The two young lovebirds must quickly decide what they will choose to do with their suddenly at-risk lives. Do they part ways and listen to their brains, or do they run off together, following their hearts to wherever that may take them? There is a sequel to Scumbags, titled "Scumbags 2 LIAR (Loyalty Isn't Always Real)" that I have written, and it needs only to be edited for the final draft if there should be interest in one.
If the item details above aren’t accurate or complete, we want to know about it. Report incorrect product info.