Sea of Thieves: Heart of Fire - by Chris Allcock (Paperback) 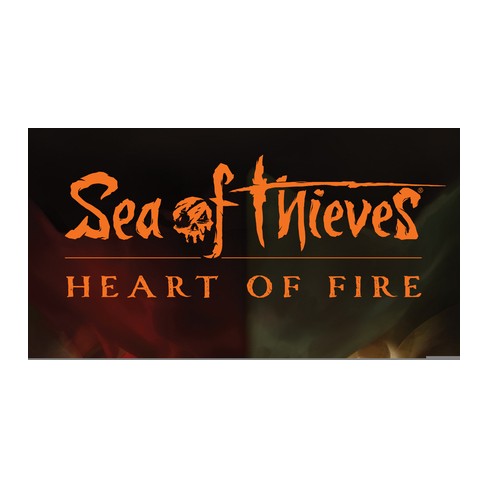 The pulse-pounding origin story of Captain Flameheart, sure to delight new and veteran players of Rare's thrilling game Sea of Thieves in this official prequel novel. The Sea of Thieves is a world of adventure. A world of buried treasure, sea monsters, and, of course, pirates. But one name strikes fear into the heart of all who sail there. Captain Flameheart, dread pirate of the Sea of Thieves, is a ruthless warmonger and captain of the Burning Blade. Together with his skeletal fleets he terrorizes these waters and seeks the insatiable thrill of battle. In desperation, the legendary Pirate Lord hires the crew of the Morningstar to stop Flameheart's reign of terror. Meanwhile, a crew of misfits swears allegiance to Flameheart who offers them an intriguing opportunity to upheave the status quo. In a frenzied race to decide the fate of the Sea of Thieves, these daring pirates must outfight and outwit one another in a quest to uncover an artefact capable of defeating Flameheart once and for all. Plunge into the thrilling tale at the heart of Rare's multiplayer adventure; the origin story of the Skeleton Lord, Captain Flameheart, and the terrible sacrifices made to ensure his downfall.

Chris Allcock is a game designer and writer whose career began at Rare Ltd. in 2003. He has helped create a wide variety of acclaimed titles, including Kameo: Elements of Power, Kinect Sports, Rare Replay, and most recently Sea of Thieves. He currently lives in the English Midlands and is probably drinking tea. Chris tweets @taskbaarchitect
If the item details above aren’t accurate or complete, we want to know about it.

The Art of Borderlands 3 - by Chris Allcock (Hardcover)

Tales from the Sea of Thieves - by Paul Davis (Hardcover)

The Curious League of Detectives and Thieves: S.O.S. - by Tom Phillips (Hardcover)