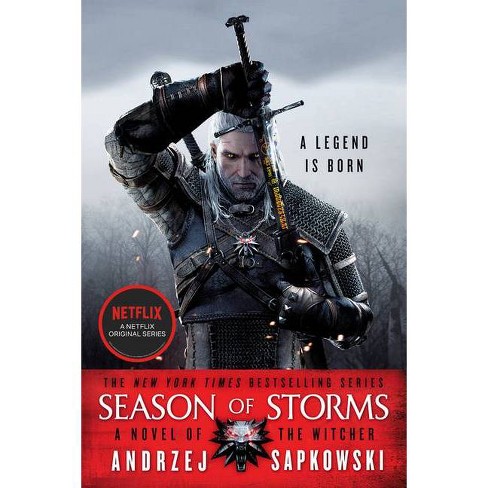 Before he was the guardian of Ciri, the child of destiny, Geralt of Rivia was a legendary swordsman. Join the Witcher as he undertakes a deadly mission in this stand-alone adventure set in the Andrzej Sapkowki's groundbreaking epic fantasy world that inspired the hit Netflix show and the blockbuster video games. Geralt of Rivia is a Witcher, one of the few capable of hunting the monsters that prey on humanity. He uses magical signs, potions, and the pride of every Witcher--two swords, steel and silver. But a contract has gone wrong, and Geralt finds himself without his signature weapons. Now he needs them back, because sorcerers are scheming, and across the world clouds are gathering. The season of storms is coming. . . Witcher collections
The Last Wish
Sword of Destiny Witcher novels
Blood of Elves
The Time of Contempt
Baptism of Fire
The Tower of Swallows
Lady of the Lake
Season of Storms Hussite Trilogy
The Tower of Fools
Warriors of God Translated from original Polish by David French