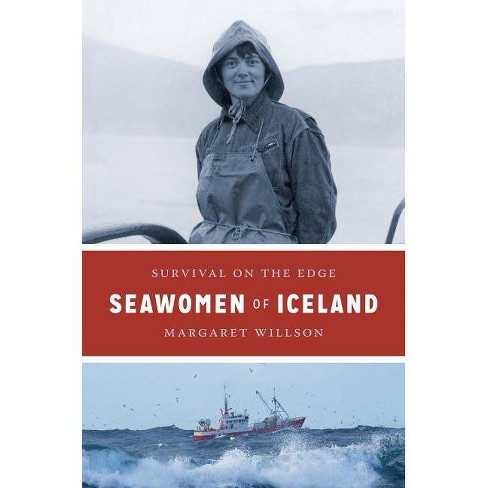 $21.99
MSRP$24.95
0 out of 5 stars with 0 reviews
be the first!be the first! ratings
Shipping
Free standard shipping with RedCard
Help us improve this page

The plaque said this was the winter fishing hut of Thurï¿½dur Einarsdï¿½ttir, one of Iceland's greatest fishing captains, and that she lived from 1777 to 1863.

So began a quest. Were there more Icelandic seawomen? Most Icelanders said no, and, after all, in most parts of the world fishing is considered a male profession. What could she expect in Iceland?

She found a surprise. This book is a glimpse into the lives of vibrant women who have braved the sea for centuries. Their accounts include the excitement, accidents, trials, and tribulations of fishing in Iceland from the historic times of small open rowboats to today's high-tech fisheries. Based on extensive historical and field research, Seawomen of Iceland allows the seawomen's voices to speak directly with strength, intelligence, and - above all - a knowledge of how to survive.

This engaging ethnographic narrative will intrigue both general and academic readers interested in maritime culture, the anthropology of work, Nordic life, and gender studies.