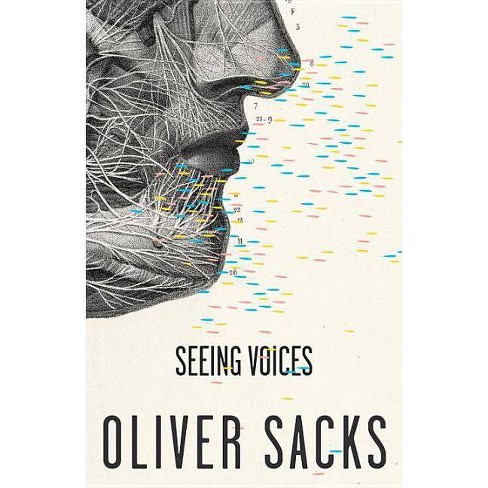 Like The Man Who Mistook His Wife for a Hat, this is a fascinating voyage into a strange and wonderful land, a provocative meditation on communication, biology, adaptation, and culture. In Seeing Voices, Oliver Sacks turns his attention to the subject of deafness, and the result is a deeply felt portrait of a minority struggling for recognition and respect--a minority with its own rich, sometimes astonishing, culture and unique visual language, an extraordinary mode of communication that tells us much about the basis of language in hearing people as well. Seeing Voices is, as Studs Terkel has written, an exquisite, as well as revelatory, work.

This book will shake your preconceptions about the deaf, about language and about thought--. Sacks [is] one of the finest and most thoughtful writers of our time.--Los Angeles Times Book Review

Fascinating and richly rewarding--. Sacks is a profoundly wise observer.--The Plain Dealer One cannot read more than a few pages of Sacks without seeing something in a new way. His breadth of understanding and expression seems limitless.--Kansas City Star A remarkable book, penetrating, subtle, persuasive--. [It] will likely become a classic.--St. Louis Post-Dispatch

Oliver Sacks was a neurologist, writer, and professor of medicine. Born in London in 1933, he moved to New York City in 1965, where he launched his medical career and began writing case studies of his patients. Called the "poet laureate of medicine" by The New York Times, Sacks is the author of thirteen books, including The Man Who Mistook His Wife for a Hat, Musicophilia, and Awakenings, which inspired an Oscar-nominated film and a play by Harold Pinter. He was the recipient of many awards and honorary degrees, and was made a Commander of the British Empire in 2008 for services to medicine. He died in 2015.
If the item details above aren’t accurate or complete, we want to know about it. Report incorrect product info.