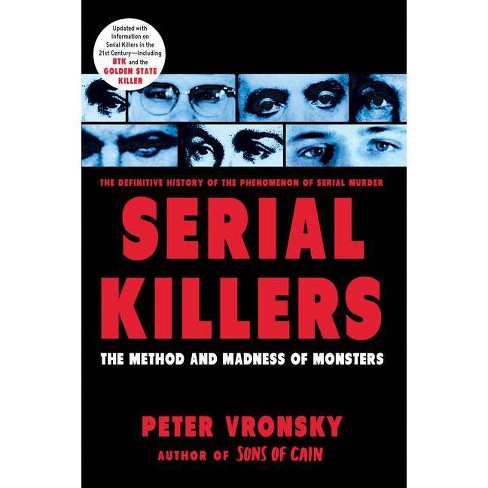 This comprehensive examination into the frightening history of serial homicide documents the psychological, investigative, and cultural aspects of serial murder, from Ancient Rome to notorious contemporary cases.

"This formidably comprehensive, brilliantly researched book must be the most wide-ranging work on serial killers that has been written so far. The fact that it sprang from the author's brief encounters with two serial killers lends it a sense of personal urgency."--Colin Wilson, author of Killers Among Us and Written in Blood. "Serial Killers: The Method and Madness of Monsters is one of the most complete books I have read on serial killers. If you are fascinated by the human mind and by those who are abnormal, this is the book for you."--Roundtable Reviews

Peter Vronsky is the bestselling true crime author of Serial Killers: The Method and Madness of Monsters, Female Serial Killers: How and Why Women Become Monsters, and Sons of Cain: A History of Serial Killers from the Stone Age to the Present. He is an investigative historian, author, filmmaker and new media designer. He holds a Ph.D. from the University of Toronto in criminal justice history and espionage in international relations.
If the item details above aren’t accurate or complete, we want to know about it. Report incorrect product info.