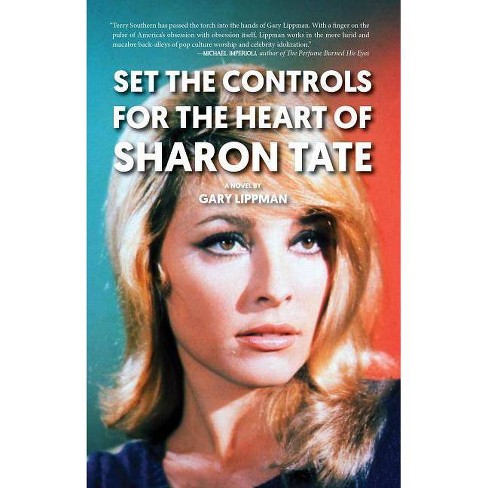 "A writer-protagonist's obsessive efforts to unravel the riddle wrapped inside the mystery hidden within the enigma of his Sharon Tate obsession unfolds into a darkly comic social critique of our Charles Manson mythologizing. In the ultimate explosion of genres, Gary Lippman's skillful psychological thriller stirs one part of James "Demon Dog" Ellroy with a jigger of David Sedaris's grave hilarity for this raucuous tale, a tour de force of radiant nesting dolls and cultural madness."
--Laura Albert, international bestselling author of JT Leroy's Sarah and The Heart is Deceitful Above All Things "Gary Lippman has invented a cavalcade of completely over-the-top characters. The story crackles with originality and begs to be made into a movie. (Are you out there, Wes Anderson?) At turns funny, tragic, and heart-stopping, this novel proves that Mr. Lippman has jointed the ranks of the master story-tellers..."
--Simon Kirke, musician and songwriter for Bad Company and Free "Los Angeles. A beautifully hideous sprawl. Stretching like an ever-expanding virus of sick contagion under the relentless sun as hot Devil Winds blow down from the mountain scorching the landscape. The promise of an endless summer shattered by gunshots and sirens, helicopters and hospital beds. Hollywood. Where the California Dream is a waking nightmare of dead-end streets ripe with bloated corpses where bad Beat poets, dope-sick singers, cracked actors and petty criminals are all praying to a burned-out star on the sidewalk. All betting on a chance encounter, which would flip the script in the lousy late-night made-for-TV movie of their wasted lives. Gary Lippman captures this horrendous nightmare with a twisted humor, where the horror rings all-too-true."
--Lydia Lunch, confrontational multimedia performance artist "In this wildly inventive, highly addictive story, Lippman walks a tightrope between horror and hilarity. Set The Controls For The Heart Of Sharon Tate is an irreverent and introspective thrill ride that probes the heart of the intersection of fame and compulsion, desire and death, idols and monsters. Just as the most bizarre dreams can often expose our truest selves, Lippman's surreal tale shines a light into the darkest corners of our common humanity."
--Jillian Lauren, New York Times Bestselling author of Some Girls "Terry Southern has passed the torch into the hands of Gary Lippman. With a finger on the pulse of America's obsession with obsession itself, Lippman works in the more lurid and macabre back-alleys of pop culture worship and celebrity idolization. This tale is sexy, scary, twisted and hilarious...sometimes all in the same sentence. It's everything a novel should be. I devoured it. Twice!"
--Michael Imperioli, author of The Perfume Burned His Eyes and actor on The Sopranos
If the item details above aren’t accurate or complete, we want to know about it. Report incorrect product info.

Get it by Tue, Feb 2 with free Standard Shipping