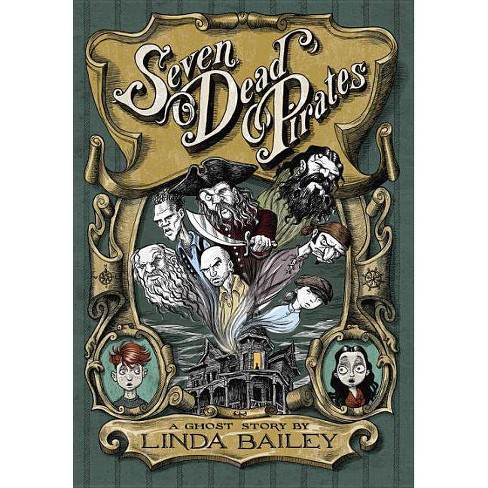 "This rollicking tale moves apace with a vivid setting, surprising depth, great humor, and memorable characters. Readers will root for Lewis as he finds his sea legs and the courage to make friends, both spectral and human. VERDICT Ahoy, ye maties: don't miss this treasure of a middle grade yarn." - Starred Review, School Library Journal
"It is Bailey's extraordinary skill as a storyteller that keeps the entire fantastical premise, and its meaningful undercurrent, from ever straying into the unbelievable. Seven Dead Pirates is a story that flows almost like magic .... At times earnest, at times playful, and always infused with the power of imagination, Seven Dead Pirates is a rollicking and exciting story that will entertain and enlighten in equal amounts." - CM Magazine
"The larger-than-life (afterlife?) pirates are the perfect foil to introverted Lewis. Bailey paints them with broad strokes, but her caricatures are filled with a whole lotta heart. It's unlikely that every shy kid will have seven dead pirates at their disposal to teach them how to believe in themselves, but they can have Bailey's book, which is a pretty nice alternative." - National Post
"...I enjoyed this story right from the start...one of the best openings I have read in a long time...Lewis tackles his problems and wins my affection as a true hero moving on his journey... I give this story a five out of possible five."
- Midwest Book Review
If the item details above aren’t accurate or complete, we want to know about it. Report incorrect product info.