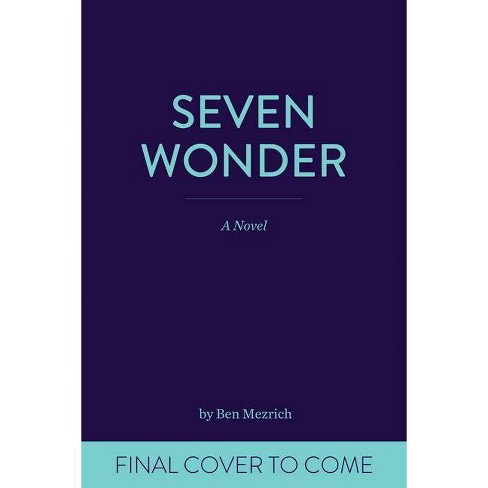 $15.69
no reviews yet
be the first!be the first! ratings
Shipping
Not available
Help us improve this page

"Mezrich has written a rollicking adventure with a fantastic behind-the-scenes tour of some of the world's most intriguing spots."
--Publishers Weekly

"It's a fast-moving thriller involving murder, conspiracy, historical mystery, and the Seven Wonders of the World.
Is it enjoyable and imaginative? Hell, yeah."
--Booklist

This novel is grounded in a thorough knowledge of classical literature, with skillful interweaving of plausible archaeological speculation, ancient mythology, and exciting modern adventure. VERDICT ¬Readers who enjoy artifact-seeking books with behind-the-scenes tours of real-life sites will be delighted. [Ratner is set to adapt a film version.--Ed.]
--Library Journal

"Seven Wonders delivers a page-turning global adventure with the high stakes and hard-charging characters we expect from a Ben Mezrich story. An exciting, compulsive read that will please thriller fans and history buffs."
--Matthew Pearl, New York Times bestselling author of The Dante Club and The Technologists

"Ben Mezrich's Seven Wonders is a terrific adventure, a wild quest around the world in the best Da Vinci Code tradition, in the company of an Indiana Jones-style scientist-hero who doesn't know the meaning of fear."
--Joseph Finder, author of Paranoia and Suspicion