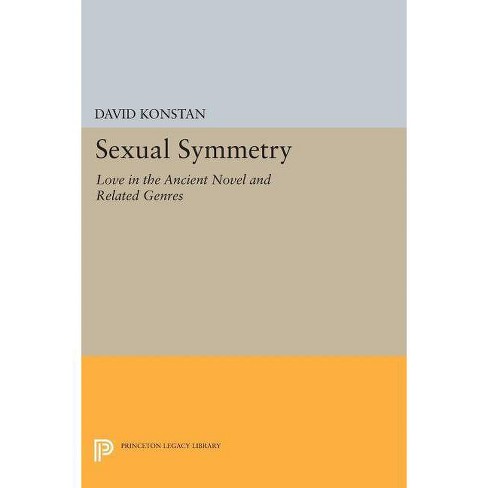 $35.99
no reviews yet
be the first!be the first! ratings
Shipping
Free standard shipping with RedCard
Loading, please wait...
Help us improve this page

"In the Greek romances," writes David Konstan, "sighs, tears, and suicide attempts are as characteristic of the male as of the female in distress; ruses, disguises, and outright violence in defense of one's chastity are as much the part of the female as of the male." Exploring how erotic love is represented in ancient amatory literature, Konstan points to the symmetry in the passion of the hero and heroine as a unique feature of the Greek novel: they fall mutually in love, they are of approximately the same age and social class, and their reciprocal attachment ends in marriage. He shows how the plots of the novels are perfectly adapted to expressing this symmetry and how, because of their structure, they differ from classical epic, elegy, comedy, tragedy, and other genres, including modern novels ranging from Sidney to Harlequin romances.

The Princeton Legacy Library uses the latest print-on-demand technology to again make available previously out-of-print books from the distinguished backlist of Princeton University Press. These editions preserve the original texts of these important books while presenting them in durable paperback and hardcover editions. The goal of the Princeton Legacy Library is to vastly increase access to the rich scholarly heritage found in the thousands of books published by Princeton University Press since its founding in 1905.