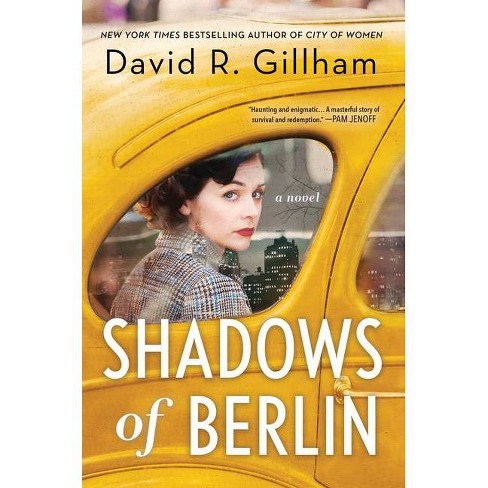 "1955 in New York City, the city of progress. But in the Perlman residence, the past is as close as the present. Rachel Perlman, a child of Berlin and an artist bearing her mother's legacy, arrives in New York as part of the wave of Jewish Displaced persons who managed to survive the brutalities of the war. But despite her efforts, Rachel is unable to live the "normal" life of an American housewife, not until she can shake the ghosts of her past and the tremendous guilt that weighs down on her, her own "crime" of survival"--

1955 in New York City: the city of instant coffee, bagels at Katz's Deli, new-fangled TVs. But in the Perlman's walk-up in Chelsea, the past is as close as the present. Rachel came to Manhattan in a wave of displaced Jews who managed to survive the horrors of war. Her Uncle Fritz fleeing with her, Rachel hoped to find freedom from her pain in New York and in the arms of her new American husband, Aaron.

But this child of Berlin and daughter of an artist cannot seem to outrun her guilt in the role of American housewife, not until she can shed the ghosts of her past. And when Uncle Fritz discovers, in a dreary midtown pawn shop, the most shocking portrait that her mother had ever painted, Rachel's memories begin to terrorize her, forcing her to face the choices she made to stay alive--choices that might be her undoing.

From the cafes of war-torn Germany to the frantic drumbeat of 1950's Manhattan, SHADOWS OF BERLIN dramatically explores survival, redemption and the way we learn to love and forgive across impossible divides.