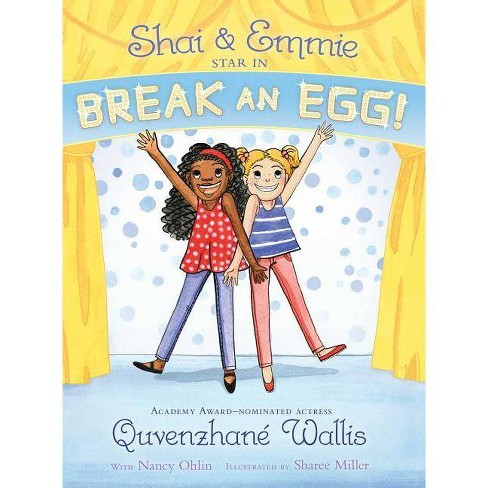 Quvenzhanï¿½ Wallis knows a thing or two about creating memorable characters. For her feature film debut, Beasts of the Southern Wild, she was nominated for an Academy Award. Shortly after, she received a Golden Globe nomination for her work as the title character in Annie. She has also appeared in 12 Years a Slave, The Prophet, and Fathers and Daughters. Quvenzhanï¿½ is a daughter, a sister, a model, a singer, a dancer, an actress, an author, a student, and a pet owner. She has many talents and is always willing to try something new. She lives in Louisiana with her family. She is the author of the Shai and Emmie series and A Night Out with Mama. Nancy Ohlin is the author of Consent; Always, Forever; and Beauty. She is also the author of the Shai & Emmie series with Quevenzhanï¿½ Wallis. Born in Tokyo, Japan, Nancy divided her time between there and Ohio. She received a BA in English from the University of Chicago, and she lives in Ithaca, New York, with her family. Learn more at NancyOhlin.com. Sharee Miller is an illustrator living in Brooklyn. She grew up on the island of St. Thomas before leaving to study at Pratt Institute in New York, where she earned a BFA in illustration. Though she remained in New York, she is still very much inspired by the colors and patterns of St. Thomas. Learn more at ShareeMiller.com.
If the item details above aren’t accurate or complete, we want to know about it. Report incorrect product info.