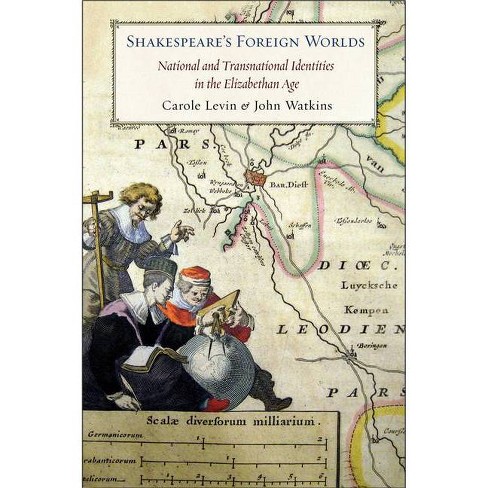 Through parallel discussions of Henry VI, The Taming of the Shrew, and The Merchant of Venice, Levin and Watkins argue that Shakespeare's centrality to English national consciousness is inseparable from his creation of the foreign as a category asserting dangerous affinities between England's internal minorities and its competitors within an increasingly fraught European mercantile system.

As a women's historian, Levin is particularly interested in Shakespeare's responses to marginalized sectors of English society. As a scholar of English, Italian Studies, and Medieval Studies, Watkins situates Shakespeare in the context of broadly European historical movements. Together Levin and Watkins narrate the emergence of the foreign as portable category that might be applied both to "strangers" from other countries and to native-born English men and women, such as religious dissidents, who resisted conformity to an increasingly narrow sense of English identity. Shakespeare's Foreign Worlds will appeal to historians, literary scholars, theater specialists, and anyone interested in Shakespeare and the Elizabethan Age.