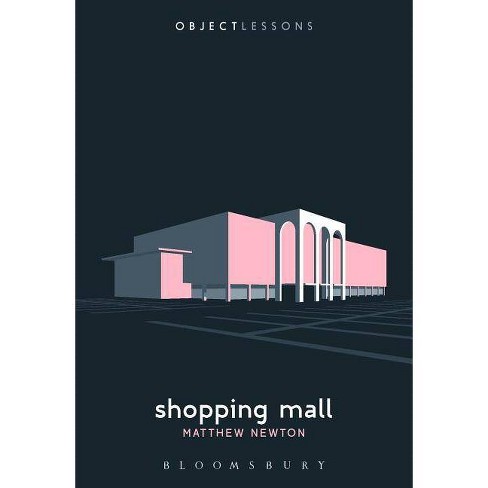 $11.69
MSRP$14.95
0 out of 5 stars with 0 reviews
be the first!be the first! ratings
Shipping
Free standard shipping with RedCard
Help us improve this page

"Matthew Newton evokes the American mall as symbol of white flight, aspirational fantasy, and shop-till-you-drop consumerism of the late 1980s. These are striking tales of suburban isolation in which Newton reveals life from the employee side of the counter to the idealistic architects' designs. Above all, he takes an aging mainstream phenomenon and makes it personal and present." -- Yona Harvey, author of Hemming the Water

"The best passages are those about the actual idea of the mall, designed by figures such as the Viennese Victor Gruen as a new sort of civic space that could replace the lost town square in a post-WWII America reshaped by the rise of suburbia. Newton wraps up with evocative reflections on instances of violence in shopping malls and questions about a possible renewal for these spaces, the popularity of which has flagged since their heyday nearly 30 years ago. To put it into the vernacular, this book about the mall is at its best when it's, like, totally about the mall." - Publishers Weekly

"Shopping Mall is for anyone who enjoys intelligent, thoughtful writing. It is surprisingly emotional for a book nominally about an impersonal space. It's safe to say this is the very best book I have ever read about a mall." - Pittsburgh Magazine

"This series really gets better and better. Newton linking his own life to the malls he knew growing up, and telling not only his story, but the fall of a very American institution, is engaging and profound." - Jason Diamond, author of Searching for John Hughes

"Newton explores the life of the shopping mall from the first ground-breaking, in the 1950s, through the chaos and excess of the 1980s to the present, including the death rattle of many malls ... In exploring a personal connection to the mall, he reveals a good bit about himself. The memoir elements of the book are eloquent and intimate, detailing his struggles with depression and anxiety. They also provide a reader with a walking bridge, an avenue for connection to the mall itself." - Pittsburgh City Paper

"Newton succeeds in parsing out the different histories of the mall, from both personal and societal perspectives ... The mall, like so many other taken-for-granted parts of the built environment, holds memory and nostalgia for millions of suburbanites and shoppers. By leaving a trail of bittersweet crumbs of nostalgia, Newton spares the reader from the doom that others have cast over this cultural change. Rather than focusing on a dystopia of self-absorbed individuals doing their shopping and finding entertainment online, we are able to warmly recall the shopping mall and the lifeways in which it played a central roll [sic], not only for consumption but also for construction of self and community." - PopMatters

"Shopping Mall is both history of and paean to the once-ubiquitous American shopping centers. Essayist Matthew Newton combines his fond memories of his local mall, outside Pittsburgh, with anecdotes about the first one built in the United States, the Mall of America and others, using the specific to pull out the larger story of late-20th-century suburban commercialism that these edifices represent ... He isn't interested in defending shopping malls, but in showing how his--and many other people's--lives would be entirely different without them." - Shelf Awareness

"Matthew Newton lets you know by Page 10 that he was diagnosed with obsessive-compulsive disorder as a teenager. These days, he's a productive and well-adjusted married man and dad, doing great work at the Carnegie Museum of Art, and his skills as an inquisitive writer and thinker are evident from his latest work. But knowing that part of his makeup helps the reader accept his obsessive compulsion with shopping malls -- particularly Monroeville Mall, the Valhalla of his childhood -- and appreciate the insights that spill forth in this brief cultural study/memoir ... Newton is the person to write this book because "the shopping mall, more than any other place, electrified my imagination" as a kid. His readers are beneficiaries of his experience seeing the mall "as a sacred place of curiosity and wonder." - Pittsburgh Quarterly