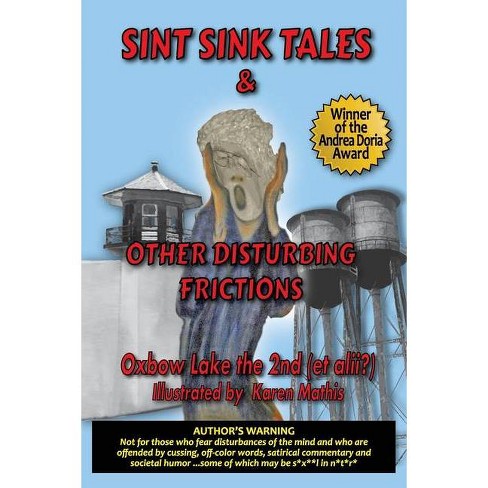 Winner of the Andrea Doria Award for Frictional Literary Excellence

"Call it fiction... call it friction. Call it whatever you like. This winner of the prestigious Andrea Doria is a brilliant tour de force of Gonzo fiction! Ten bone tickling funny, off-color, satirical stories have you laughing as you sit on society's razor's edge ." -- Dr. Kramer Killread the 1st, Esquire, The New Tampa Guide to Sane Automobile Repair

I, Oxbow Lake the 2nd, have been writing Gonzo fiction for nigh on 50 years... without the aid of ganja or the other chemical mind-altering crutches Hunter S. Thompson needed to write his Gonzo journalism... all before there was such a thing as Gonzo fiction... and it took three books and a somewhat insane critic who writes for an idiosyncratic web site (see above)... 'idiosyncratic' being the kindest descriptive word I could hustle up... to notice. And notice he did... this year... fifty years late.

The stories are about or by, in one way or other, a bunch of kids who grew up across the street from the fictional Sint Sink Prison on the shores of the Hudson River and their erstwhile relatives and descendants... many of whom are scattered about the east coast... at least as of this writing. Read the first story, "In Sint Sink there are walls of many colors", and tell me you're not hooked to read the other nine listed below as well.

The sint sink tales and the other disturbing frictions that await you...