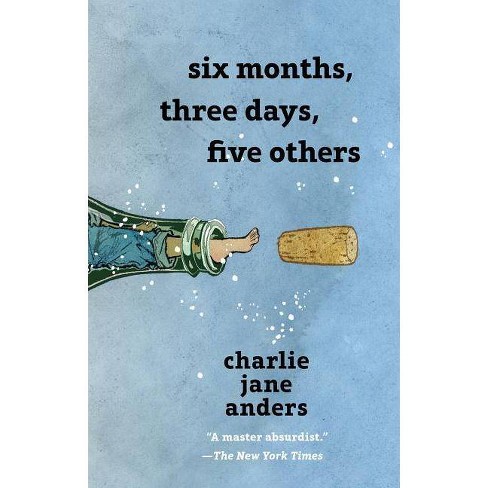 Praise for All the Birds in the Sky

"The very short list of novels that dare to traffic as freely in the uncanny and wondrous as in big ideas--I think of masterpieces like The Lathe of Heaven; Cloud Atlas; Little, Big--has just been extended by one."--Michael Chabon

"A glorious synthesis of magic and technology, joy and sorrow, romance and wisdom. Unmissable."--Lev Grossman, author of The Magicians

"As hopeful as it is hilarious...Highly recommended."--N. K. Jemisin, The New York Times Book Review

"Charlie Jane Anders has entwined strands of science and fantasy...into a luminous novel that reveals the exhilarating necessity of each."--John Hodgman, author of The Areas of My Expertise

"An instant classic....Like the work of other 21st century writers--Kelly Link and Lev Grossman come immediately to mind--All the Birds in the Sky serves as both a celebration of and corrective to the standard tropes of genre fiction." --Elizabeth Hand, Los Angeles Times

"Everything you could ask for in a debut novel--a fresh look at science fiction's most cherished memes, ruthlessly shredded and lovingly reassembled." --Cory Doctorow, Boing Boing

"Imagine that Diana Wynne Jones, Douglas Coupland and Neil Gaiman walk into a bar and through some weird fusion of magic and science have a baby. That offspring is Charlie Jane Anders' lyrical debut novel All the Birds in the Sky." --Independent

"The scenario is (almost) Harry Potter, the tone is (quite like) Kurt Vonnegut, the effect is entirely original." --The Wall Street Journal