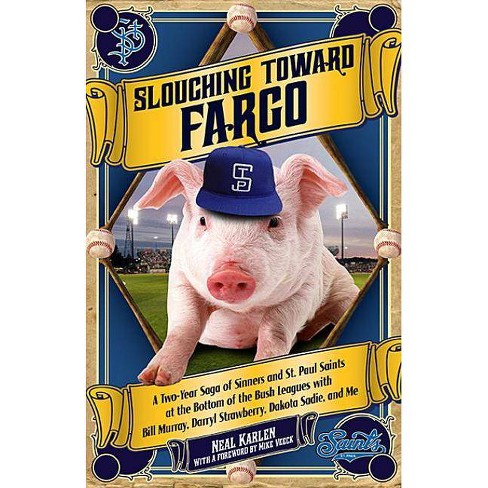 In his classic account of two years with the most audacious bush league ballclub ever to plumb the bottom of the pro sports barrel, Neal Karlen presents a dizzying collection of characters: co-owners comedian Bill Murray and sports impresario Mike Veeck; baseball's formerly winningest pitcher Jack Morris; outfielder Darryl Strawberry, on his way back to the majors; the back-rubbing Sister Rosalind; baseball's first woman player Ila Borders; frantic fans, a ball-carrying pig, a blind sportscaster, and a host of others. They all prove the credo of the Saints: Fun is Good. "Hilarious, insightful, touching, informative, Neal Karlen's baseball account delivers a world of vivid characters and ironic redemptions. Karlen is simply one of the best, most sophisticated, and literate practitioners of journalism we have. He goes out and gets the full story, while turning himself into a wonderfully self-mocking, truthful, and likable narrator. I loved every page of this book." --Phillip Lopate, author, essayist, and film critic "Two things make it great: characters and story line. The tale is rendered in hilarious fashion, mixing plenty of baseball with plenty of laughs." --Rocky Mountain News "A fun-is-good book . . . [with] enough oddballs to make Alice's Adventures in Wonderland seem like a straightforward account of a schoolgirl's visit to a theme park." --Sports Illustrated [this isn't from a review, must be from a column] "The funkiest team in baseball." --The New York Times
Neal Karlen, who has written for the New York Times, Newsweek, and Rolling Stone, is the author or co-author of seven books, including Augie's Secrets from the Minnesota Historical Society Press.
If the item details above aren’t accurate or complete, we want to know about it. Report incorrect product info.