Smarter Than A Lie - by Arin N Reeves (Hardcover) 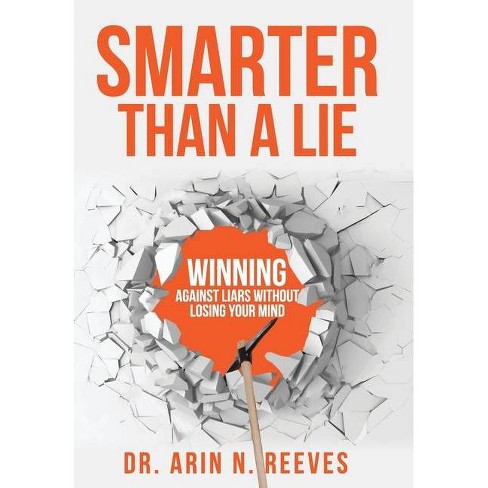 We are all taught, early in life, that it is bad to lie. But nobody warns us that some people will ignore this rule--to their benefit, and our detriment. While most of us live by the same moral code, we aren't armed with the tools to deal with the liars who do not.

In this new book, nationally-recognized workplace researcher Dr. Arin N. Reeves delves into the world of liars, the lies they tell, and the ways in which each of us can be smarter than the lies we encounter, especially in professional environments and public spaces.

Among the questions Dr. Reeves addresses in the book:

Smarter Than A Lie will help you understand why liars lie, why their lies are effective, why they tend to be surrounded by enablers, and the most effective strategies the rest of us--the ones who still believe it's wrong to tell a lie--can use to counteract liars and overcome their lies.