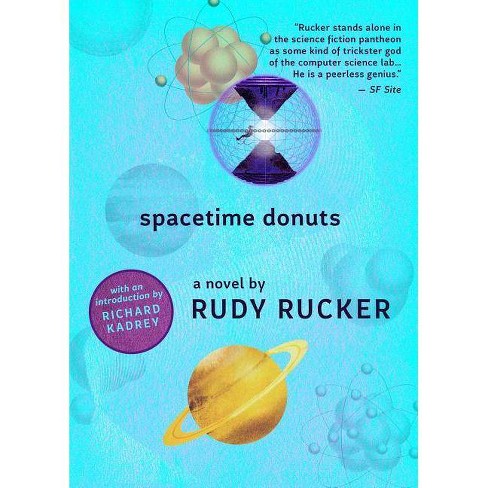 $11.49
MSRP$14.99
no reviews yet
be the first!be the first! ratings
Shipping
Free standard shipping with RedCard
Loading, please wait...
Help us improve this page

"Ricker stands alone in the science fiction pantheon as some kind of trickster god of the computer science lab.... He is a peerless genius."--SF Site Rudy Rucker's early cyberpunk novel mixes a unique vision of a future with hippie humor, true love, and gonzo sensibilities. In the future, society is run by a computer, Phizwiz; America is simply Us, a collection of Users known as Drones and Dreamers, near-automatons whose every need is provided for. But Phizwiz lacks creativity, and its vapid entertainment is becoming unfulfilling, especially for curious young Vernor Maxwell. Seeking to add a creative soul to Phizwiz, a hard-partying elite has learned how to plug their minds into the computer. Joining them, Vernor finds a way to build a scale-ship--and becomes an incredible shrinking man. He soon tunnels down below the atomic level and finds himself at the intergalactic top--with the power to smash the machine, once and for all. . . . Night Shade Books' ten-volume series with Rudy Rucker collects nine of the brilliantly weird novels for which the mathematician-turned-author is known, as well as a tenth, never-before-published book, Million Mile Road Trip. We're proud to collect in one place so much of the work of this influential figure in the early cyberpunk scene, and to share Rucker's fascinating, unique worldview with an entirely new generation of readers.
If the item details above aren’t accurate or complete, we want to know about it. Report incorrect product info.