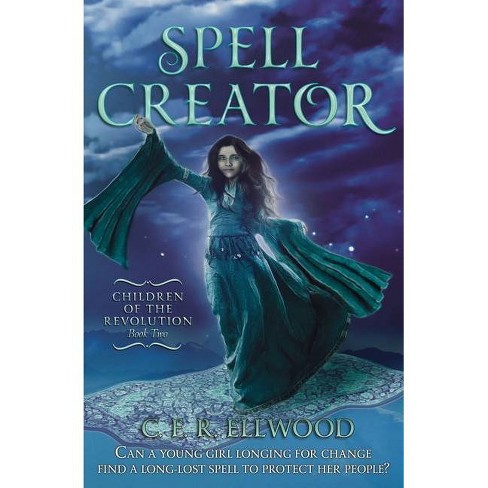 Haylee feels something amazing... and her new abilities are only part of it.

An empathic girl... with evil lurking beneath the surface.

A perilous quest into uncharted territory...

And devastating implications for her people's freedom.

In Animal Empath, Haylee manifested her gift, and she found a temporary solution for saving her mother from her father. But in the sequel Spell Creator, he isn't finished with them yet, and as it turns out, the evil runs deeper than her family.

In the land of Panoi, an ancient dragon and prophetic fire fairies head Haylee down a path of destiny. She hasn't even gone through the Gift Rites or learned any spells yet, but she must find a way to leave her family behind and save her country from the tyrant emperor's mind control.

She has a plan--a quest her great-grandfather set for her before his soul passed on. There is magic that could protect people's minds, but she must uncover it first.

With the help of a snarky flying carpet and an unlikely rescue party sent by the king of Panoi-shi Province, she seeks out a spell creator. He won't be easy to find, as he's been in hiding since he left the tyrant's employ.

Haylee's quest will take her places she never dreamt of going: to the dangerous wild lands, west of the border. There lie unpredictable creatures, like orcs and dragons, exiled for developing an unstoppable hunger for human flesh.

But orcs and dragons are a piece of cake compared to her nightmare of a traveling companion.

Can she avoid letting her gift corrupt her the way her father's corrupted him? Will she take the more difficult path?

If you like feisty characters and new magic systems, then you'll love C. E. R. Ellwood's second YA Fantasy tale. Buy Spell Creator today to book a flight to this new world and immerse yourself in this irresistibly fun magical adventure.