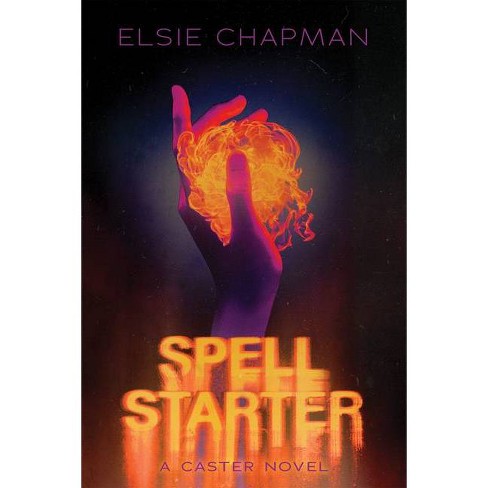 The Sting meets Fight Club in this magical, action-packed sequel to Caster by Elsie Chapman.Every spell cast needs a starter.Aza Wu now has magic back. But like all things in her life, it has come at a great cost. After winning the Tournament of Casters, Aza is able to pay off her parents' debt to Saint Willow. But the price of the gathered spell she used to strip Finch of his magic has put her permanently in the employ of the gang leader. And the magic that has been returned to her is not her own.Aza is forced to use this magic, stolen and unpredictable, to do Saint Willow's dirty work. But the gang leader is ambitious and power-obsessed, and she always seems to have a larger plan. Aza knows that if Saint Willow can benefit, it doesn't matter who gets hurt along the way.Forced into a dangerous new situation, Aza will have to reckon with the choices she's made and the unstable magic she wields. If she can find a way out of Saint Willow's hold, she just might survive. That is, if her casting doesn't finally consume her.

Praise for Caster: * Chapman's constructed magic is a complex, balanced system that limits the characters to keep the narrative unpredictable; the battle scenes are creative and fast paced, and the high stakes that Aza faces in her personal life and during the tournament are anxiety-inducing in their believability. Information Aza uncovers about the secrets in her life are parsed out so that the plot never drags; readers will have a hard time putting this one down. -- The Bulletin of the Center for Children's Books, starred review* Chapman has created compelling young adult novels before, but this is a cut above; the fully realized and atmospheric dystopia is crafted at a level not seen often. This stunning fantasy will fly off the shelves. -- Booklist, starred reviewA dark and, at times, vicious and violent story of will and questionable honor. -- Kirkus Reviews

Elsie Chapman grew up in Prince George, Canada, and has a degree in English literature from the University of British Columbia. She is the author of the YA novels Dualed, Divided, Along the Indigo, and Caster as well as the middle-grade novel All the Ways Home, and the coeditor of A Thousand Beginnings and Endings and Hungry Hearts. She currently lives in Tokyo, Japan, with her family. You can visit her online at elsiechapman.com.
If the item details above aren’t accurate or complete, we want to know about it. Report incorrect product info.