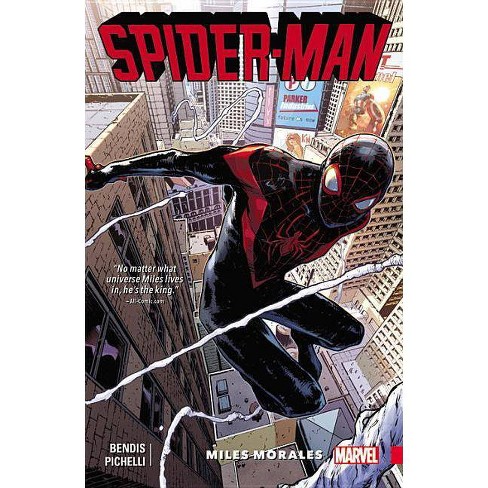 $10.79
MSRP$15.99
no reviews yet
be the first!be the first! ratings
Shipping
Free standard shipping with RedCard
Loading, please wait...
Help us improve this page

Brian Michael Bendis is an American comic book writer and former artist. He has won critical acclaim, including five Eisner Awards for both his creator-owned work and his work on various Marvel Comics books. Starting out with crime and noir comics, Bendis eventually moved to mainstream superhero work. With Bill Jemas and Mark Millar, Bendis was the primary architect of the Ultimate Marvel Universe, launching Ultimate Spider-Man in 2000, on which he continues as writer to the present day. He relaunched the Avengers franchise with New Avengers in 2004, and has also written the Marvel "event" storylines "Secret War" (2004), "House of M" (2005), "Secret Invasion" (2008), "Siege" (2010) and "Age of Ultron" (2013). In addition to writing comics, he has also worked in television, video games and film, and taught writing at Portland State University. He will begin teaching at University of Oregon starting in Fall 2013, and his book Words for Pictures will be out in Spring 2014 from Random House
If the item details above aren’t accurate or complete, we want to know about it. Report incorrect product info.