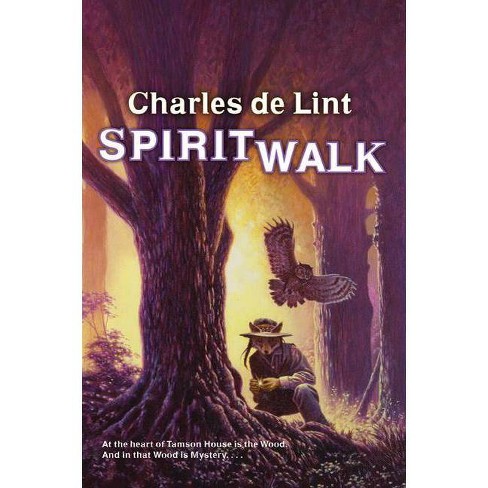 "To discover de Lint's writing in Spiritwalk is to be lured into a compelling world of bikers, fairies, tricksters, shamans, and secret, invisible passages to other worlds. " --Edmonton Journal "For more than a decade, Charles de Lint has enjoyed a reputation as one of the world's leading fantasists, thanks largely to his enchanting 1984 novel Moonheart. Now, at last, de Lint re-weaves the spell in Spiritwalk, a sequel that ranks among the spring's top releases.... Deftly and repeatedly crosses back and forth between dimensions to create a unique tone that links familiarity with compelling foreignness. Newcomers to de Lint's work should also note that Spiritwalk is a self-contained novel that's firmly linked to Moonheart, but can easily be enjoyed on its own. " --Toronto Star "Deftly blends native American and Celtic folklore, classic good versus- evil conflicts, and contemporary elements with tender human moments. " --Booklist
If the item details above aren’t accurate or complete, we want to know about it. Report incorrect product info.