Splendour of the Canadian Rockies - (Paperback) 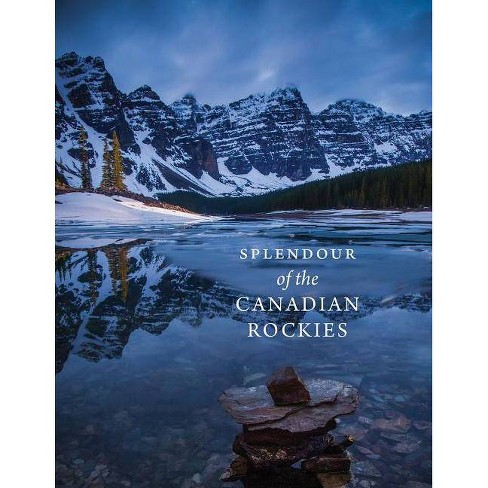 $16.69
MSRP$20.00
no reviews yet
be the first!be the first! ratings
Shipping
Free standard shipping with RedCard
Loading, please wait...
Help us improve this page

Meghan J. Ward is an outdoor, travel and adventure writer. She is also the co-founder and editor-in-chief at Crowfoot Media, a mountain culture publishing house and the creative force behind the Canadian Rockies Annual. For ten years Meghan specialized in tourism marketing and worked with Travel Alberta, Banff & Lake Louise Tourism, Parks Canada and many clients in Western Canada. As an outdoor writer, her work has appeared in such publications as IMPACT magazine, Alpinist.com, Avenue Calgary, Kootenay Mountain Culture and the Canadian Alpine Journal. Paul Zizka is a professional mountain landscape and adventure photographer. His award-winning photos have been featured in a wide variety of publications, including IMPACT, Islands, Skiing.com, Highline, PhotoLife, Fodors.com and explore magazine. In addition to his work for numerous clients, Paul has created over the past few years a signature collection of images for Banff Lake Louise Tourism, which are used to promote Banff National Park throughout the world. Paul also worked with Doug Urquhart of the UpThink Lab on the renowned film project Mountains in Motion: The Canadian Rockies, a time-lapse short that was part of the Banff Mountain Festival World Tour. Paul's first book of photography, Summits & Starlight: The Canadian Rockies was published by RMB in 2013. Meghan and Paul are married and, along with their daughter, Mistaya, live in Banff, Alberta.
If the item details above aren’t accurate or complete, we want to know about it. Report incorrect product info.