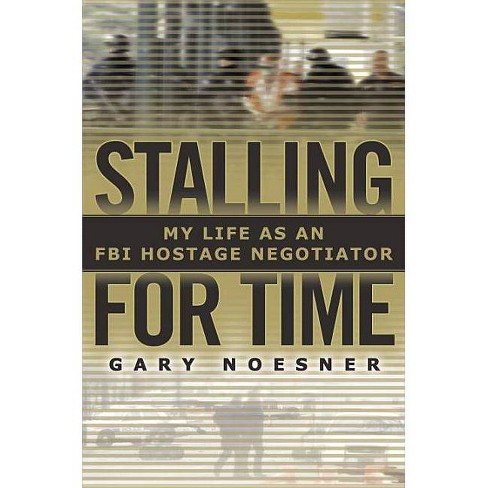 $28.00
no reviews yet
be the first!be the first! ratings
Shipping
Free standard shipping with RedCard
Loading, please wait...
Help us improve this page

"Riveting . . . the most in-depth and absorbing section is devoted to the 1993 siege near Waco, Texas."--The Washington Post "Captivating . . . an electrifying read . . . No Hollywood movie can top this story for thrills, suspense, or action."--New York Journal of Books "Certain to fascinate true crime readers . . . The compelling centerpiece of the book is Noesner's analysis of 'what went wrong at Waco' with the Branch Davidians."--Publishers Weekly "Engrossing . . . The book is also an intimate history of contemporary American militia movements."--New Republic

"Gary Noesner is a gripping storyteller, and man, does the guy have stories. It's like watching an emotional bomb squad defuse explosive personalities. The big surprise is how recently the FBI learned the basic tenets of what makes a man put the gun down, a discovery story as captivating as the hostage standoffs that illuminate it." --Dave Cullen, Author of Columbine "Gary Noesner has done something remarkable with this book, turning the murky process of hostage negotiations into a set of predictable and clear routes to bargaining success."--Robert B. Cialdini, bestselling author of Influence: Science and Practice "Tortured people, desperate moments, dangerous solutions. Stalling For Time takes us deep into the lethal world of hostages, sieges, and terrorsism. Gary Noesner, a thirty year veteran of the Bureau, has written a landmark work that's both a nail-biting thriller and an expose of timely importance. This is a must-read not only for true crime fans but for every cop and G-Man in the country."--John Huddy, bestselling author of Storming Las Vegas "Stalling for Time reads with the page-turning intensity of a first-rate thriller, only everything here is, remarkably, true. In finally opening up about his craft -- about his 30 years spent reasoning with unreasonable people in situations that were literally life and death -- Gary Noesner has written an essential book about the fine art of communication. For anyone who wants to know how to stay cool under fire, this book is indispensable."--Douglas Stone, best-selling author of Difficult Conversations: How to Discuss What Matters Most

"Gary Noesner has written an account of his decades-long career as a hostage negotiator that is so gripping it grabs the reader by the throat. It's a spectacular read and every word of it is true."--Peter Bergen, author of Holy War, Inc. and The Osama bin Laden I Know

"An intense, immersive narrative, making [Noesner's] real-life experiences read like episodes of a good cop drama . . . vicariously entertaining."--Kirkus Reviews "The world doesn't need me to tell them that Gary Noesner has been there, and done that. There are hundreds of living victims across the globe that are living testament to Gary's abilities to successfully negotiate, or teach others effective crisis negotiation."--Lt. Tom Monahan, Las Vegas Metropolitan Police Dept., Director, Southern Nevada Counter-Terrorism Center
If the item details above aren’t accurate or complete, we want to know about it. Report incorrect product info.