Star of the North - by D B John (Paperback) 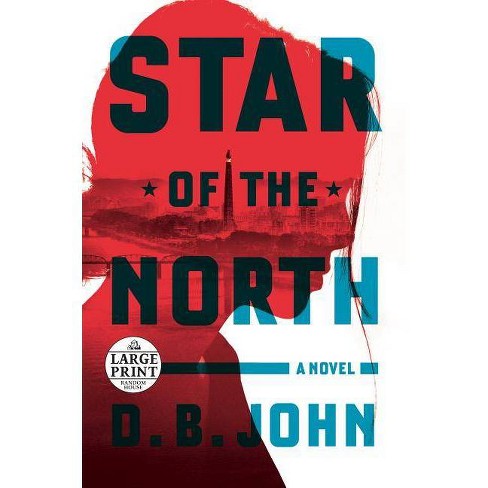 $27.99
no reviews yet
be the first!be the first! ratings
Shipping
Free standard shipping with RedCard
Loading, please wait...
Help us improve this page

"A thrilling tale of abduction and escape in North Korea....highly entertaining." --The Washington Post "[A] multistranded espionage thriller...told with drama and flair." -- Wall Street Journal "A vivid, convincing thriller" -- The Sunday Times "A cool summer thriller...engrossing." --Parade Magazine "Extraordinary ... smart, sophisticated, suspenseful - and important. If you try one new thing this year, make it Star of the North." -- Lee Child "The best thrillers offer something more ambitious than simply raising the pulse rate of the reader. In Star of the North it is geopolitical complexity...This is a masterly evocation of life under the Kim Jong-un regime" -- The Guardian "An outstanding thriller....those seeking a realistic, highly readable look at North Korea will be rewarded." --Publishers Weekly (starred review) "Well-researched, fast-paced, and pertinent...a fantastic read."--Library Journal (starred review) "A remarkable story about the most opaque country on Earth...Star of the North would be a superior thriller even if it was pure fiction." --Booklist (starred review) "This is a smart, sophisticated, topical spy story hard to put down...I highly recommend this book for anyone longing to know more about this shadowy nation and its secretive regime." - The Missourian
"From the very first page of this riveting thriller, I knew that D.B. John was a talented writer, and that Star of the North wasn't like any other book I've read before. It's not only brilliantly plotted, with espionage, secrecy, and obsession, it's a story about survivors, told by three complex and fully realized characters, each battling their own personal demons. John portrays the hardships of North Korea and its people with painful accuracy while never losing sight of their humanity. This one is definitely a star." - Chevy Stevens, New York Times bestselling author of Never Let You Go and Still Missing

"A superior thriller, deftly plotted and richly human, steeped in the intrigue, culture and family of a closed regime, both terrifying and upliftingly emotional. It delivers on all fronts." - Andrew Gross, New York Times bestselling author of The One Man "This one brims with marvelous characters and delivers heart-in-your throat action. Every page brims with reality, intensity, and passion, all unraveling at a perfect pace. Enjoy." - Steve Berry, New York Times Bestselling author of The Lost Order "An informed look at the oppression, corruption, and widespread suffering under Kim Jong-il." --Kirkus

"As gripping as it is shocking, this is an adrenalin-rush of a thriller that is also a devastating portrayal of a brutal regime. I couldn't pull myself away." - Sabine Durant, author of Under Your Skin "D.B. John delivers the timeliest thriller of 2018. An intricately constructed puzzle box of spies and tradecraft that plunges the reader on a cyanide-laced sprint through North Korea. The real star though is D.B. John's crackling prose, which breathes humanity and dignity into the most repressive nation on earth. The last hundred pages read like ten, I had to fight the urge to flip to the end." - Matthew Fitzsimmons, author of The Short Drop

"Tense and compelling" - James Swallow, author of Nomad and Exile
If the item details above aren’t accurate or complete, we want to know about it. Report incorrect product info.