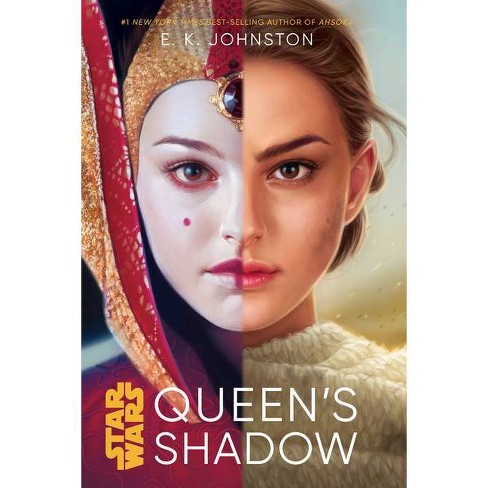 Set between "The Phantom Menace" and "Attack of the Clones, " this novel by the "New York Times"-bestselling author of "Ahsoka" traces PadmZ Amidala's journey from queen of Naboo to Galactic senator.tor.

Written by the #1 New York Times best-selling author of Ahsoka! When Padmé Naberrie, "Queen Amidala" of Naboo, steps down from her position, she is asked by the newly-elected queen to become Naboo's representative in the Galactic Senate. Padmé is unsure about taking on the new role, but cannot turn down the request to serve her people. Together with her most loyal handmaidens, Padmé must figure out how to navigate the treacherous waters of politics and forge a new identity beyond the queen's shadow.

E.K. Johnston had several jobs and one vocation before she became a published writer. If she's learned anything, it's that things turn out weird sometimes, and there's not a lot you can do about it. Well, that and how to muscle through awkward fanfic because it's about a pairing she likes. You can follow Kate on Twitter (@ek_johnston) to learn more about Alderaanian political theory than you really need to know, on Tumblr (ekjohnston) if you're just here for the pretty pictures, or online at ekjohnston.ca.
If the item details above aren’t accurate or complete, we want to know about it. Report incorrect product info.