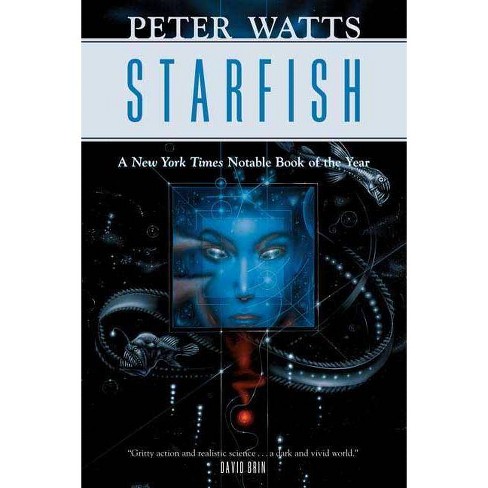 $13.99
MSRP$18.99
no reviews yet
be the first!be the first! ratings
Shipping
Free standard shipping with RedCard
Loading, please wait...
Help us improve this page

"No one has taken this premise to such pitiless lengths--and depths as Watts. . . . In a claustrophobic setting enlivened by periodic flashes of beauty and terror, the crew of Beebe Station come across as not only believable but likeable as they fight for equilibrium against their own demons, one another, their superiors and their remorselessly hostile surroundings." --The New York Times

"Fizzing with ideas, and glued together with dark psychological tension: an exciting debut." --Kirkus Reviews

"A powerful first novel. . . . A savage, bitter, and often blackly comic vision of the near future . . . Watts has rendered a character whose emotional complexity demands our respect. . . . [The ending] is both startling and oddly satisfying in its earned nihilism. A terrific debut from an author we will be seeing again." --Edmonton Journal

"Watts' true enemy is human stupidity, the sort of thing that turns children into walking disaster zones, treats adults as interchangeable things, insists that unchecked fertility is a Good Thing, and blindly trusts that our artificially intelligent creations must share our priorities. As Watts develops that point, he tells an absorbing tale set in a bizarre world and hinging upon intriguing technology. He's done his homework well, and it shows." --Analog