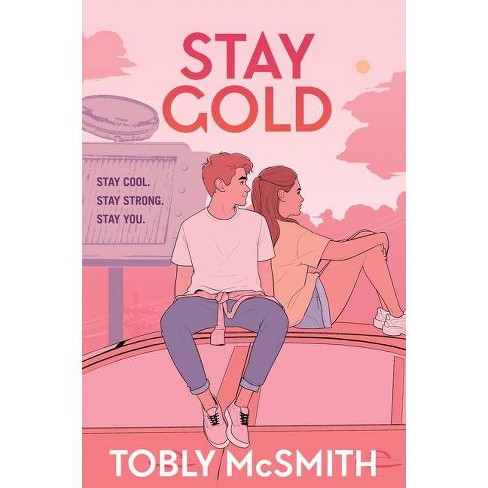 Debut author Tobly McSmith delivers a coming-of-age teen love story about a transgender boy who's going stealth at his new Texas high school and a cisgender girl who is drawn to him, even as she's counting down the days until graduation. Perfect for fans of David Levithan, Becky Albertalli, and Jenny Han.

Pony plans to fly under the radar this year. Tired of getting too much attention at his old school after coming out as transgender, he's hoping for a fresh start as a Hillcrest High senior. But it's hard to live your best life with the threat of exposure lurking around every corner.

Georgia is beginning to think there's more to life than cheerleading. She just wants to keep a low profile until graduation . . . which is why she promised herself that dating is a nonstarter for the foreseeable future.

Then, on the very first day of classes, the new guy and the cheerleader lock eyes...

In this moving, honest debut from Tobly McSmith, one transformative relationship opens the eyes of a whole town--and opens the door for Pony and Georgia to celebrate their truths, even when it feels hard.

[A] compelling #OwnVoices story that is populated by sympathetic characters.--Booklist

A rom-com with heart and purpose.--Publishers Weekly
If the item details above aren’t accurate or complete, we want to know about it. Report incorrect product info.