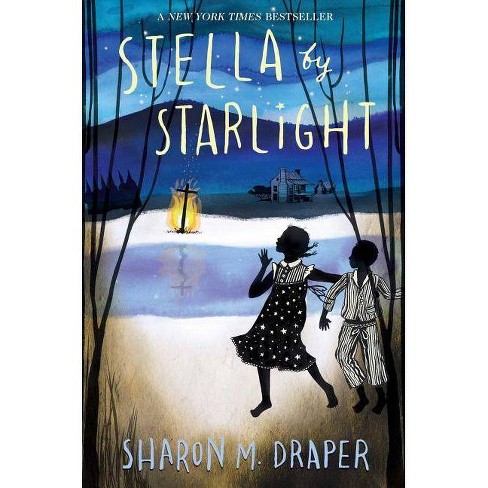 Written as a fictional tribute to her grandmother, Draper has crafted a historical tale that addresses racial inequalities of the Depression era. Ten-year-old Stella resides in the small (imagined) town of Bumblebee, North Carolina, with her mother, father, and younger brother Jojo. Stella struggles with school and attempts to improve her writing skills by keeping a diary. Stella sneaks out at night to write about her life and her observations of the changing world around her small African American community. In the opening chapter, Stella and Jojo are out at night and witness nefarious activities of the Ku Klux Klan. Attempts by African American males of voting age to register to vote in the upcoming presidential election are met with opposition and violence. With the knowledge that the Ku Klux Klan is active in their community, Stella, her family, and other members of their community band together to stand strong against the injustices of racism. Draper's characterization of Bumblebee's African American residents is well done and readers will enjoy their interactions. A warm and homespun quality to the story balances the serious and life-threatening situations encountered throughout the book. Draper offsets the hateful attitudes of some of the white community members with compassionate, non-racist residents of Bumblebee. Stella forges a bond with Paulette Packard, the daughter of the reprehensible member of the Ku Klux Klan, Dr. Packard. Stella realizes that even seemingly perfect appearances can have a dark side. Although the primary appeal for this book will be younger readers and the middle school audience, older readers would benefit from and enjoy this slim story of historical note.--Adrienne Amborski. Written for middle school readers, this historical story about Stella and her family is well executed. Readers will learn about struggles that Stella and her family face during the Great Depression. Older teens may think the book is juvenile, but it still provides a good story. 4Q, 3P.--Gwen Amborski, Teen Reviewer.--VOYA "February 2015"
If the item details above aren’t accurate or complete, we want to know about it. Report incorrect product info.