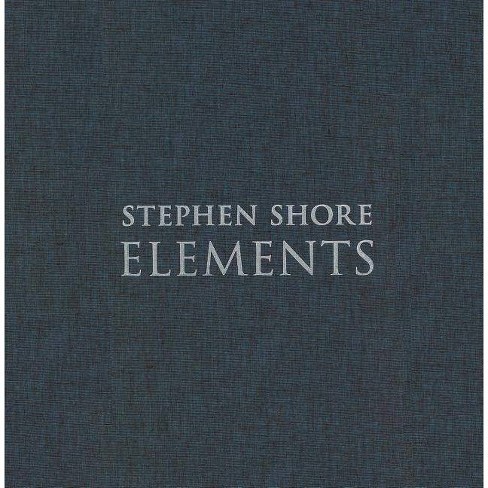 Stephen Shore: Elements is inspired by the Eakins Press Foundation's celebrated debut publication, Walker Evans' Message from the Interior (1966), gathering images from across Evans' career. As with that book, the photographs of Stephen Shore (born 1947) have been carefully selected to represent the poetry of his approach to the world through photographs. The 24 images (16 color and 8 black and white), from the last of his work with the 8x10 view camera, range in location from New York's Hudson Valley to the Yucatan, Italy, Texas, Israel and Scotland. As the book's title suggests, what connects these photographs are the elemental resonances of the earth, humanity and time.

From his early days as a teenager at Andy Warhol's Factory and his 1971 exhibition at the Metropolitan Museum of Art (at the time only the second one-person show the museum had ever mounted of a photographer) to his celebrated Uncommon Places (1982), to his current pioneering use of social media platforms and print-on-demand books, Shore has not for a moment let up on his mission to challenge the norms of the photographic medium. In Stephen Shore: Elements, the Eakins Press Foundation extends its historically important embrace of work by individual artists that represents the highest standard of human achievement in our society.
If the item details above aren’t accurate or complete, we want to know about it. Report incorrect product info.