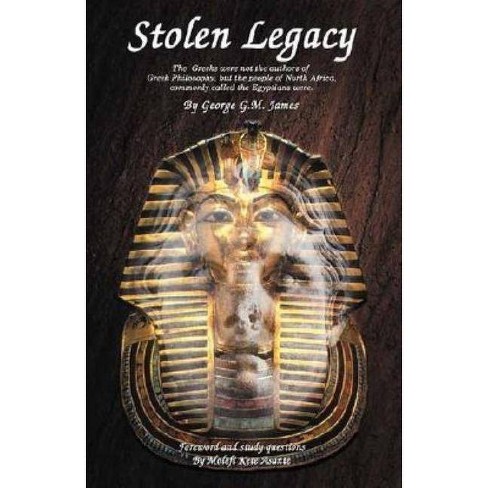 Challenging the notion that civilization started in Greece, this uncompromising classic attempts to prove that the true authors of Greek philosophy were not Greeks but Egyptians. The text asserts that the praise and honor blindly given to the Greeks for centuries rightfully belong to the people of Africa, and argues that the theft of this great African legacy led to the erroneous world opinion that the African continent has made no contribution to civilization. Quoting such celebrated Greek scholars as Herodotus, Hippocrates, Aristotle, Thales, and Pythagoras, who admit to the influence of Egyptian studies in their work, this edition sheds new light on traditional philosophical and historical thought. Originally published in 1954, this book features a new introduction.

George James was a professor of logic and Greek at the University of Arkansas-Pine Bluff. He died, reportedly under mysterious circumstances, soon after the first publication of this book in 1954.
If the item details above aren’t accurate or complete, we want to know about it. Report incorrect product info.