Strindberg and the Western Canon - (Paperback) 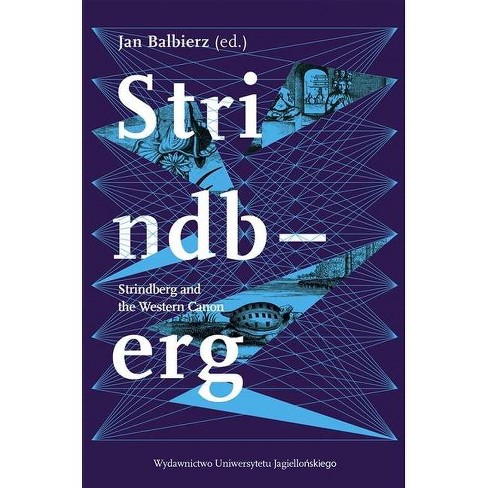 $60.00
new at target¬
no reviews yet
be the first!be the first! ratings
Release Date: coming soon!
Preorder for
Edit zip
Ships by release date with free standard shipping using RedCard
Help us improve this page

During the whole of his writing career August Strindberg was a restless canon-maker. In his capacity as writer, librarian, cultural scholar, polemicist and amateur researcher he constantly quoted sources, both historical and contemporary, including and excluding authors in his own work, and stretched and re-evaluated the boundaries of cultural values around the turn of the twentieth century. At the same time, he was a very active author in his own right, living in self-chosen exile but with an international intellectual background. All of this raises questions as to his relationship with the literary and cultural canon. The dynamics between local and global culture defines the whole of his oeuvre and makes him one of those European authors that allow themselves to be interpreted in the context of Weltliteratur. Strindberg was a multilingual cosmopolitan, an emigrant, theosophist, and reporter. In his capacity as a writer with his gaze trained upon both east and west, Strindberg obtains impressions from the universalist tendencies of the fin de siï¿½cle. His ambition to become a French author was followed up by studies in Hebrew, the Chinese system of logograms, Russian literature, and the history of the Middle East. The volume, published by Jan Balbierz, gathers contributions from renown Strindberg scholars and discusses questions, such as: How did Strindberg construct his predecessors and to which traditions did he link himself? How is a Strindbergian text altered in performative practice in theatre? How did Strindberg, with his strong bonds with Sweden as nation relate to foreign cultural values?
If the item details above aren’t accurate or complete, we want to know about it. Report incorrect product info.