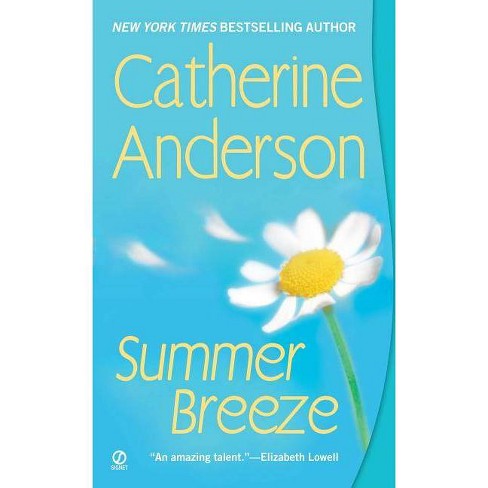 Ever since a savage attack left her family dead, Rachel Hollister has cut herself off from the outside world. But now she has no choice but to let a handsome rancher enter her well-guarded existence in this exciting new romance from a "New York Times" bestselling author. Original.

New York Times bestselling author Catherine Anderson explores the history of the beloved Coulter Family with this timeless tale that will make you believe in the power of love... The year is 1889, and Rachel Hollister hasn't set foot outside her house in five years. Ever since a savage attack left her family dead, she's cordoned herself off from the outside world, afraid to let anyone into her home--or into her heart. But now trouble has appeared on her doorstep--and suddenly she has no choice but to let a handsome rancher invade her well-guarded existence... Confirmed bachelor Joseph Paxton grudgingly offers to take up temporary residence at the Hollister ranch--even though it's obvious that Rachel doesn't want his protection. But once he catches a glimpse of his beautiful young ward and her remarkable spirit, he'll do anything to make her see the refuge he's offering in his embrace--and the splendor that exists beyond her front door. Otherwise he'll just have to build a safe haven big enough for the both of them.

"Anderson understands the inner workings of the human soul so deeply that she's able to put intense emotion within a stunning romance in such a way that you'll believe in miracles. Add to this her beautiful writing style, memorable characters and a timeless story and you have an unmatched reading adventure."--RT Book Reviews "This historical romance is fully driven by a strong cast especially the intriguing lead female and the man who has come to love and understand her."--The Best Reviews More Praise for Catherine Anderson "One of the finest writers of romance. Her stories make you believe in the power of love."--#1 New York Times bestselling author Debbie Macomber "An amazing talent."--New York Times bestselling author Elizabeth Lowell "Count on Catherine Anderson for intense emotion."--New York Times bestselling author Jayne Ann Krentz "Catherine Anderson has a gift for imbuing her characters with dignity, compassion, courage, and strength that inspire readers."--RT Book Reviews "A major voice in the romance genre."--Publishers Weekly

Catherine Anderson is the author of more than thirty New York Times bestselling and award-winning historical and contemporary romances including the Harrigan Family series, the Coulter Family series, the Comanche series, and the Mystic Creek series. She lives in the pristine woodlands of Central Oregon.
If the item details above aren’t accurate or complete, we want to know about it. Report incorrect product info.