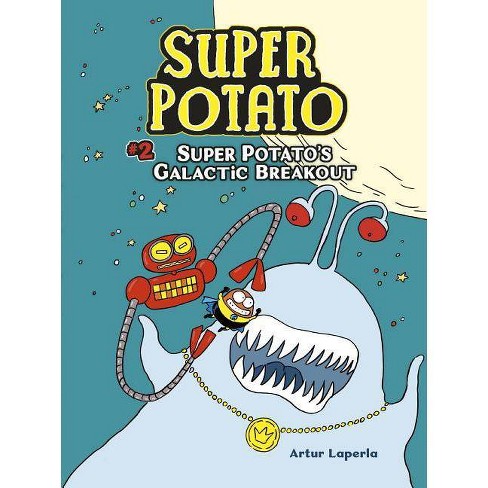 In The Epic Origin of Super Potato, a superhero transformed from a man into a potato and learned to adjust to his new circumstances. In the second volume of the series, our starchy hero fights off an invading alien, a huge space slug named Zort, who has been collecting creatures from different planets. Unfortunately, the first Earthling Zort encounters is Super Potato, whom he then captures. But Super Potato finds an unlikely ally in Zort's robot assistant. Once again, the humor will appeal to kids as well as grown-ups, making this graphic novel a great choice for reading together. The cartoony artwork pops with color, especially with all of the different aliens on Zort's spaceship. Super Potato is a great hero in an action-packed story, and readers who predict that he'll manage to save the day should reward themselves with a French fry! VERDICT A whimsical tale for fans of the series, newcomers, and anyone who loves adventure.--School Library Journal

-- "Journal"
If the item details above aren’t accurate or complete, we want to know about it. Report incorrect product info.