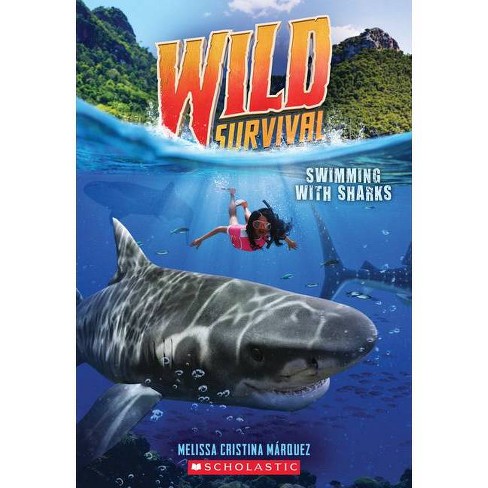 A gripping series about saving Earth's most endangered creatures-- and fighting for survival!

Twelve-year-old Adrianna Villalobos and her older brother Feye travel the globe with their parents, the hosts of a suspenseful nature show called Wild Survival! The show features daring animal rescues and the work the family does at their animal sanctuary.

This time the family is off to Sri Lanka. They've heard a rumor that an extremely rare Pondicherry shark might have been sighted. Once they arrive, Adrianna, Feye, and their parents discover the rumored Pondicherry shark is the main attraction in a restaurant aquarium. Is this shark really the one they're looking for? And if it is, can they convince the restaurant's owners to release it back in the wild?

Packed with animal facts and illustrations, as well as non-fiction backmatter, Wild Survival is a compelling series for anyone fascinated by the natural world.

Melissa Cristina Mrquez is a fiercely proud Hispanic marine biologist, wildlife educator, professional speaker and presenter, and freelance environmental contributor. Recently, Melissa was featured on Shark Week 2019, named one of BBC's 100 Influential and Inspirational Women of 2018, and gave a TEDx talk on sharks and female scientists. Melissa is the founder of The Fins United Initiative (TFUI) -- a program that highlights diverse sharks, the threats they face, and the scientists who study them.Melissa holds a BA in Marine Ecology and Conservation from New College of Florida and an MSc in Marine Biology from Victoria University. Born in Puerto Rico and raised in Mexico, Melissa aims to bring attention to the importance of diversity and inclusion with her writing.
If the item details above aren’t accurate or complete, we want to know about it.

The Ultimate Book of Sharks - by Brian Skerry (Hardcover)

Hark! A Shark - by Bonnie Worth (Hardcover)

Everything Awesome about Sharks and Other Underwater Creatures! - by Mike Lowery (Hardcover)