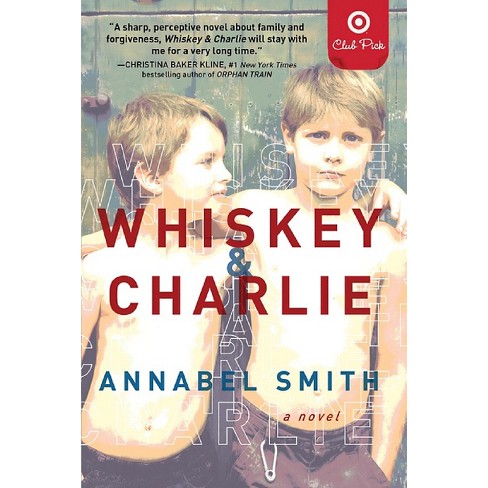 only at target¬
undefined out of 5 stars with 0 reviews
be the first!be the first! ratings

Only at Target: Find the April 2015 Club Pick, Whiskey and Charlie by Annabel Smith. This exclusive edition comes with an author bio, letter to the guest, and readers guide!
Whiskey and Charlie might have come from the same family, but they'd tell you two completely different stories about growing up. Whiskey is everything Charlie is not — bold, daring, carefree — and Charlie blames his twin brother for always stealing the limelight, always getting everything, always pushing Charlie back. By the time the twins reach adulthood, they are barely even speaking to each other.

When they were just boys, the secret language they whispered back and forth over their crackly walkie-talkies connected them, in a way. The two-way alphabet (alpha, bravo, charlie, delta) became their code, their lifeline. But as the brothers grew up, they grew apart.

When Charlie hears that Whiskey has been in a terrible accident and has slipped into a coma, Charlie can't make sense of it. Who is he without Whiskey? As days and weeks slip by and the chances of Whiskey recovering grow ever more slim, Charlie is forced to consider that he may never get to say all the things he wants to say. A compelling and unforgettable novel about rivalry and redemption, Whiskey & Charlie is perfect for anyone whose family has ever been less than picture-perfect.
Target Book Club
Book selected for Target Book Club Picks
If the item details above aren’t accurate or complete, we want to know about it. Report incorrect product info.