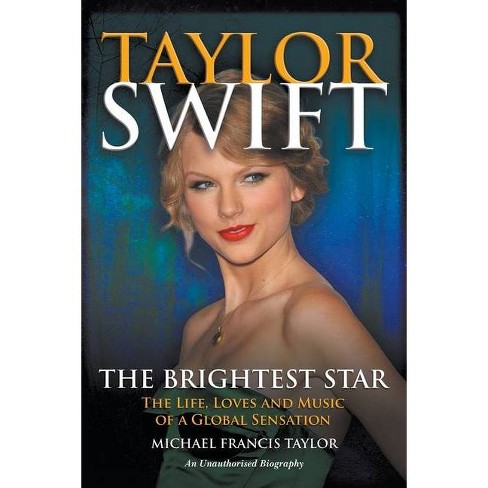 Encyclopaedic in its scope, this is the ultimate tribute to the life and music of Taylor Swift. No need for glossy images here, the narrative says it all - a chronological account of her mercurial rise to fame; the stories that inspire the songs; an in-depth look at those much-publicised battles with the media, music industry and fellow artists, and all recounted with well-chosen words from the artist herself and dozens of others who have played a part in her incredible story. Put together, we have the definitive record. If not already a fan, reading this may very well change your opinion. "I really do try to be a nice person...but if you break my heart, hurt my feelings, or are really mean to me, I'm going to write a song about you" This is how Taylor Swift once explained the meaning behind one of her earliest songs. Never one to mince her words when it comes to sharing her thoughts, she has achieved legendary status in the music world with a career built largely on her personal feelings, ever since the day one particular teenage boy made her cry. Now barely into her third decade, her songs have taken her fans on an emotional journey that encompasses both the elation of young love and the heartbreak of fallen relationships. As always, fame courts controversy, and Taylor has had her fair share - long-standing feuds with fellow artists; harrowing claims of sexual harassment; deeply personal accusations over her own authenticity, and those headline-making, all-too public breakups with a catalogue of celebrity lovers - all subjects covered in detail within these pages. This book strips away the sometimes-mythical veneer of superstardom and lays bare the real Taylor as the song writing genius she was born to be; a young woman who, after all, is as human as the rest of us, doing amazing things as well as making incredible gaffes. But with dogged determination and staying true to herself, she has been able to drive her own destiny. Love her or hate her (maybe, better to love her), she has inspired a generation of young fans across the globe, not only with her music, but with heartfelt words of wisdom. Taylor's girl-next-door public image remains intact, at least for now, and she stands firm by one of her own mantras: "No matter what happens in life, be good to people. Being good to people is a wonderful legacy to leave behind". For a simple good lesson in life, that ain't bad.
If the item details above aren’t accurate or complete, we want to know about it. Report incorrect product info.