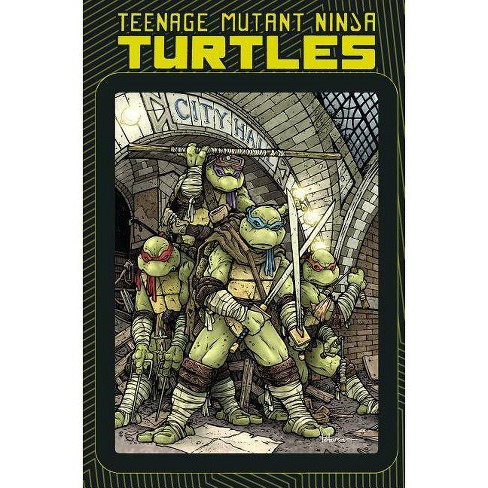 $16.99
MSRP$24.99
no reviews yet
be the first!be the first! ratings
Shipping
Free standard shipping with RedCard
Loading, please wait...
Help us improve this page

TMNT returns to its roots in these stories spotlighting each of the individual Turtles. All of the brothers will face long-lasting repercussions in the aftermath. First, Donatello understands that more is at stake than his brothers realize. In order to prepare for the coming conflict, Don will aim to repair his relationship with his mentor, Harold... and his malicious robotic counterpart, Metalhead! Then, Michelangelo's deteriorating relationship with his father, Splinter, reaches a point of no return! Will Mikey fight those he loves to save those who need him the most? Next, Leonardo seeks refuge in Northampton, but danger follows--in the form of Koya and Karai! An epic throwdown will result in Leo making a drastic decision that will quickly alter the course of TMNT history! And finally, Raphael is pushed to his breaking point as he is separated from his brothers and forced to endure an onslaught from the nefarious Bishop unlike anything he has experienced in the past! Collects the complete four-issue series by writers Paul Allor, Ian Flynn, Sophie Campbell, Kevin Eastman, and Tom Waltz with artists Brahm Revel, Michael Dialynas, and Ben Bishop.
If the item details above aren’t accurate or complete, we want to know about it. Report incorrect product info.