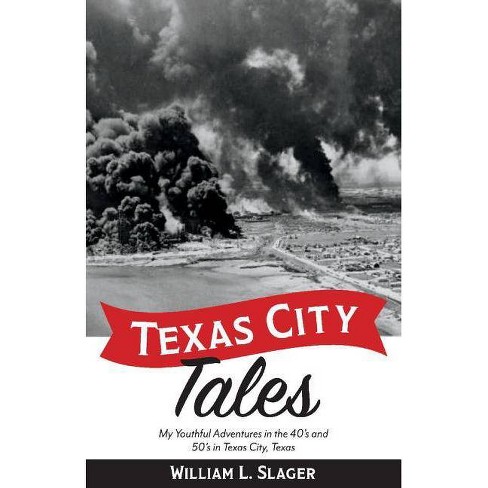 This book is intended to describe in a humorous and insightful way, youthful life in Texas City, Texas in the 1940's and1950's. It is a nostalgic look at things we did, games we played, and lessons we learned when we were children and teens. It is somewhat autobiographical with little vignette type stories, with associated morals for todays children and parents. This book contains a lot of stories about all the wonderful things that children in those times got to do, which todays children hardly ever do, and illustrates how and what we learned about life, the universe, and everything . We children learned that if we tried just a little bit we could easily do it ourselves, and if we used our imaginations and initiative we could solve just about any problem, and we learned in short, at an early age how to take care of ourselves. Mostly we were told to go out and play with all the other children in our neighborhood of which there were a considerable number. Just about every family had two or three children and they were all about the same age, because all the parents were also all about the same age. Children in my time of growing up did not want their parents to be their pals and hover about them interfering with their life in any way whatsoever. When that happens it deadens the child's initiative, spontaneity, and natural inquisitiveness. The parents place was in the home or at work and not at the children's playground bothering us with dumb questions and introductions to their friends. We really had better things to do when we were young.It was OK if parents got to show us off at a piano recital, or at ballet school recital, or if they invited their friends to watch us in the school play or when we were playing a little league baseball game. Parents were allowed to occasionally sit on the sidelines and cheer and recognize our uniqueness and greatness. Nowadays if a mother shoo's her child outside to play because she is busy, a neighbor who see's this child will think that something is wrong and take the child by hand back to her parents house. Such mothers can and have even been cited for child abuse.Currently in most states, if a teacher even touches a student, gives him a hug when he needs it, or God forbid actually spanks a child, he would be fired on the spot, and angry parents would sue him and the school board as well.Parents who hover about their children are actually smothering their child to death whether they know it or not. Sooner or later a child is going to have to learn how to interact with and deal with the real world on their own. Children are naturally a lot smarter than their parents think they are and can take care of themselves a lot, lot better then most parents can ever imagine, even in predator situations.The sooner a child is allowed to figure it all out for himself, the sooner he will become the successful kind of child that every parent desires and will be proud to say "That is my child !".
If the item details above aren’t accurate or complete, we want to know about it. Report incorrect product info.