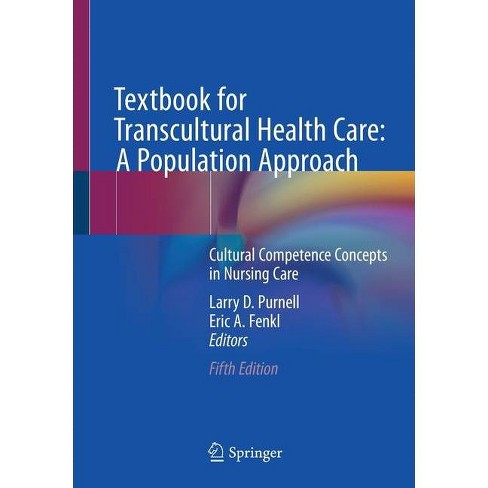 $84.99
undefined out of 5 stars with 0 reviews
be the first!be the first! ratings
Help us improve this page

Dr. Larry D. Purnell is Emeritus Professor from the University of Delaware where he coordinated the graduate programs in nursing and healthcare administration and taught culture. His Model, the Purnell Model for Cultural Competence has been translated into Arabic, Czech, Flemish, Korean, French, German, Japanese, Persian, Portuguese, Spanish, and Turkish. His textbook on Transcultural Health Care won the Brandon Hill and American Journal of Nursing Book Awards. Dr. Purnell has over 100 refereed journal publications, 100 book chapters, and 14 textbooks, including updated editions. He has made presentations throughout the United States as well as in Australia, Colombia, Costa Rica, England, Denmark, Italy, Korea, Panama, Russia, Scotland, Spain, and Turkey. He is the U.S. Representative to the European Union's Commission on Intercultural Communication resulting from the Salamanca, Sorbonne, Bologna, and WHO Declarations. He has been on the International Editorial Board, for six journals. Dr. Purnell is a Fellow in the American Academy of Nursing, a Transcultural Nursing Scholar, Luther Christman Fellow, and is on the Rosa Parks Wall of Fame for Teaching Tolerance.

Dr. Eric A. Fenkl, an Associate Professor of Nursing, received his PhD in Nursing from the University of Wisconsin - Milwaukee. Dr. Fenkl's research interests include the cultural aspects of HIV/HPV prevention and related disease among LGBT populations with a particular emphasis on MSM and ethnically diverse populations. Dr. Fenkl has been the Co-PI on two large grants from the Center for Substance Abuse Prevention, SAMHSA. One to develop a program focusing on HIV/STD and substance abuse prevention for minority LGBT students on campus and a second one to implement a program for outreach in the greater Miami metropolitan area specifically for at-risk minority MSM. Dr. Fenkl has presented at numerous national and international conferences and has published widely in peer-reviewed journals globally. Dr. Fenkl's teaching is focused on the facilitation of cultural competence in advanced practice nursing.

Get it by Tue, Jan 26 with free Standard Shipping