That Is My Dream! - by Langston Hughes (Hardcover) 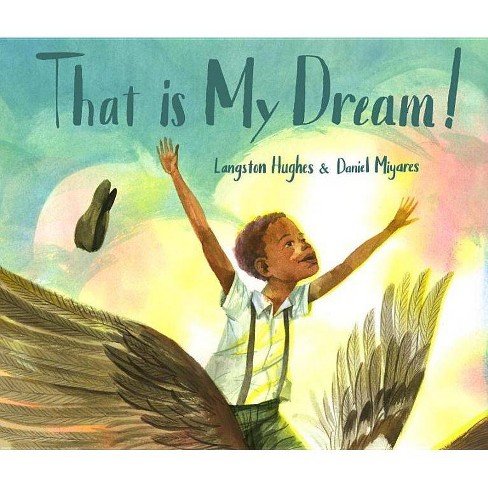 Langston Hughes (1902-1967) is one of the most beloved and celebrated American poets of all time. He published his first poem "The Negro Speaks of Rivers" in The Crisis magazine in 1921. His first book of poems, The Weary Blues, which includes the poem "Dream Variation," was published by Knopf in 1926 when Hughes was only twenty-four years old. Hughes was an important leader of the Harlem Renaissance during the 1920s. During his lifetime, he was awarded a Guggenhiem Fellowship (1935), a Rosenwald Fellowship (1940), and an American Academy of Arts and Letters Grant (1947). In addition to poetry, Hughes wrote short stories, novels, memoirs, essays, and plays. Daniel Miyares is the author and illustrator of Float, an ALA-ALSC Notable Children's Book of the Year, which The Boston Globe called, "a perfect wordless book;" Pardon Me!; and Bring Me a Rock! He also illustrated Surf's Up by Newbery Medalist Kwame Alexander. He lives in Kansas City, MO, with his wife and their two children. Visit him on the web at danielmiyares.com or on Twitter @danielmiyares.
If the item details above aren’t accurate or complete, we want to know about it. Report incorrect product info.