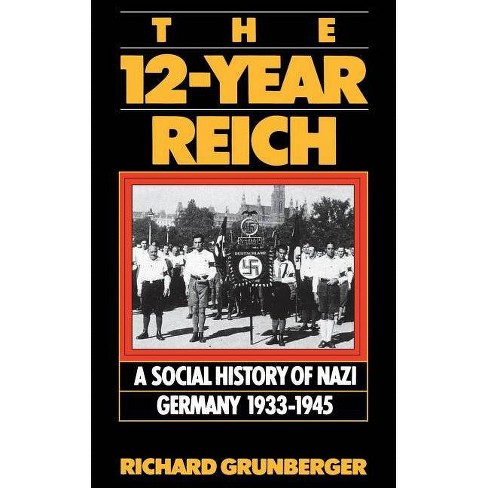 "In chilling detail, this social history brilliantly demonstrates the awesome power of a brutal government to corrode the human spirit."--Wall Street Journal
"Invaluable for every student of the Nazi era."--New York Times Book Review The 12-Year Reich, the first comprehensive social study of the Third Reich, shows what the Nazi regime proffered as the "ideal" society and how the German people responded. Along with the violence, corruption, persecution, public extravaganzas, the ever-present Party, and the cult of the Fuhrer, a ghastly imitation of ordinary life went on. How did people talk during the Third Reich? What films could they see? What political jokes did they tell? Did Nazi ranting about the role of women (no make-up, smoking, or dieting) correspond with reality? What was the effect of the regime on family life (where fathers were encouraged to inform on sons, and children on parents)? When the country embraced National Socialism in 1933, how did that acceptance impact the churches, the civil service, farmers, housewives, businessmen, health care, sports, education, "justice," the army, the arts, and the Jews? Using examples that range from the horrifying to the absurd, Grunberger captures vividly the nightmarish texture of the times and reveals how Nazis effectively permeated the everyday lives of German citizens. The result is a brilliant, terrifying glimpse of the people who dwelt along the edges of an abyss-often disappearing into it.
If the item details above aren’t accurate or complete, we want to know about it. Report incorrect product info.