The Accident on the A35 - by Graeme MacRae Burnet (Paperback) 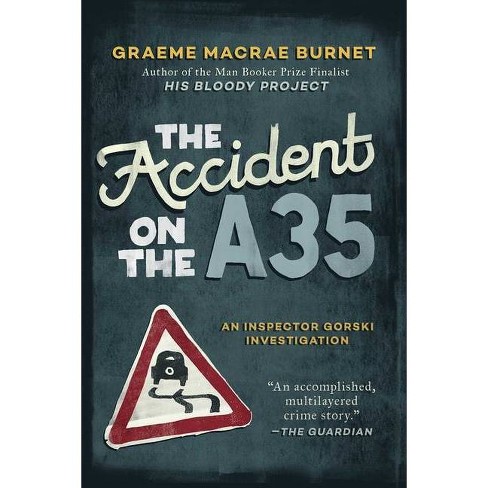 A Wall Street Journal Best Mystery
A GUARDIAN BEST CRIME BOOK AND THRILLER
Longlisted for the Theakston's Old Peculier Crime Novel of the Year "Reminiscent of Inspector Maigret novels by Georges Simenon, Mr. Burnet's Gorski chronicles--this is his second--are memorable works of art in their own right." --Wall Street Journal, Best Mysteries Pick of 2018 "Dazzling."--Publishers Weekly, Starred Review "Fans of literary noir will clamor for more."--Library Journal, Starred Review "The Man Booker Prize finalist spins another tale within a tale . . . of domestic intrigue in backwater France with two appealing detective figures."--Kirkus "It's a long time since I read a police procedural (more or less) that was so gripping and intelligent."--Philip Pullman "A masterful psychological thriller."--Ian Stephen, author of A Book of Death and Fish "Psychologically astute and convincingly grounded in its environment, this study of petty persecution and murder is a fine achievement from an ambitious and accomplished writer."--The National "Masterful, clever and playful . . . one of the most experimental and assured authors currently writing in Scotland."--Louise Hutcheson, A Novel Bookblog "One of the most enjoyable and involving novels you'll read this year."--Alistair Braidwood, Scots Wha Hae
If the item details above aren’t accurate or complete, we want to know about it. Report incorrect product info.