The Antinomies of Antonio Gramsci - by Perry Anderson (Paperback) 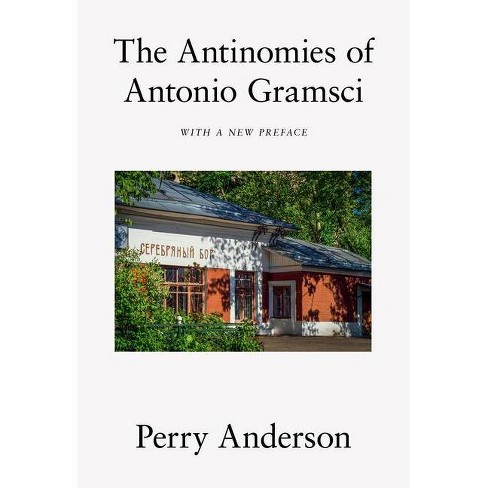 $19.95
no reviews yet
be the first!be the first! ratings
Release Date: coming soon!
Preorder for
Edit zip
Ships by release date with free standard shipping using RedCard
Help us improve this page

A major essay on the thought of the great Italian Marxist Perry Anderson's essay "The Antinomies of Antonio Gramsci," first published in New Left Review in 1976, was an explosive analysis of the central strategic concepts in the thought of the great Italian Marxist. Since then it has been the subject of book-length attacks across four decades for its disentangling of the hesitations and contradictions in Gramsci's highly original usage of such key dichotomies as East and West, domination and direction, hegemony and dictatorship, state and civil society, and war of position and war of movement. In a critical tribute to the international richness of Gramsci's work, the essay shows how deeply embedded these notions were in the revolutionary debates in Tsarist Russia and Wilhelmine Germany. Here arguments crisscrossed between Plekhanov, Lenin, Kautsky, Luxemburg, Lukï¿½cs and Trotsky, with later echoes in Brecht and Benjamin. A new preface considers the objections the essay provoked and the reasons for them. This edition also includes the first English translation of Athos Lisa's report on Gramsci's lectures in prison.
If the item details above aren’t accurate or complete, we want to know about it. Report incorrect product info.