The Apprentice's Quest - (Warriors: A Vision of Shadows, 1) by Erin Hunter (Hardcover) 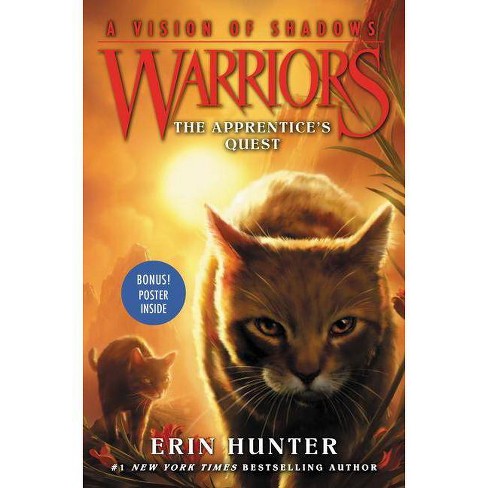 Embrace what you find in the shadows, for only they can clear the sky.

For many moons, the warrior cats have lived in peace in their territories around the lake. But a dark shadow looms on the horizon, and the time has come for one young cat to shape his destiny--and the fate of all the warrior Clans.

Alderpaw, the son of the ThunderClan leader, Bramblestar, is eager to find his place in Clan life. When he begins having strange dreams--visions that can only have been sent by the warrior ancestors in StarClan--Bramblestar names him apprentice to the Clan's medicine cat. But the omens in Alderpaw's dreams will soon send him away from everything he has ever known on a quest to ensure the Clans' survival.

The warrior cat Clans have enjoyed many moons of peace and prosperity--but a dark season approaches, and those days will soon be over. Guided by a mysterious vision, the young apprentice Alderpaw of ThunderClan must go on a dangerous journey . . . a journey that may be the Clans' only hope.

Omen Of The Stars

A Vision Of Shadows

And See How The Clans Came To Be In

Dawn Of The Clans