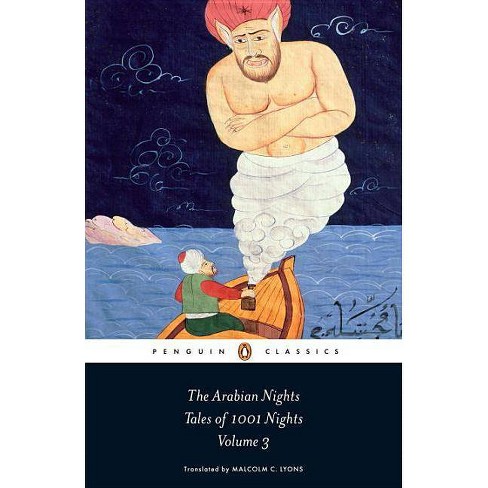 From Ali Baba and the forty thieves to the voyages of Sinbad, the stories of The Arabian Nights are timeless and unforgettable. Published here in three volumes, this magnificent new edition brings these tales to life for modern readers in the first complete English translation since Richard Burton's of the 1880s. Every night for three years the vengeful King Shahriyar sleeps with a different virgin, and the next morning puts her to death. To end this brutal pattern, the vizier's daughter, Shahrazad, begins to tell the king enchanting tales of mystical lands peopled with princes and hunchbacks, of the Angel of Death and magical spirits, and of jinnis trapped in rings and in lamps--a sequence of stories that will last 1,001 nights, and that will save her own life.

A magnificent, unexpurgated edition of the greatest collection of folk tales in the world . . . The Arabian Nights is not a book to be read in a week. It is an ocean of stories to be dipped into over a lifetime. And this new Penguin edition is the one to have. --The Sunday Times (London) The translation . . . ought to become the standard one for the present century. --The Times Literary Supplement These magnificent volumes are the most ambitious and thorough translation into English of The Arabian Nights since the age of Queen Victoria and the British Empire. --The Guardian This new translation of the world's greatest collection of folk stories restores their colour and verve. --The Sunday Times (London)

Malcolm Lyons (co-translator) is a professor of Arabic at the University of Cambridge and a widely published scholar of classical Arabic literature. Ursula Lyons (co-translator) is an emeritus fellow of Lucy Cavendish College, Cambridge, specializes in modern Arabic literature. Robert Irwin (editor, introducer) is the author of The Arabian Nights: A Companion as well as numerous other studies of Middle Eastern politics, art and mysticism.
If the item details above aren’t accurate or complete, we want to know about it. Report incorrect product info.