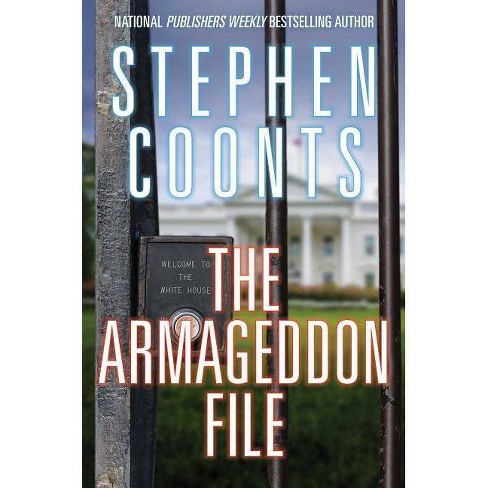 Stephen Coonts delivers another high-powered, politically-charged thriller that is not to be missed. -- The Real Book Spy [A] headline-inspired thriller with a conservative slant.--Publishers Weekly After one of the most contentious and divisive elections in American history, the new president is finally settling into the West Wing. But when his chief of staff discovers evidence that voting machines in key counties in swing states were tampered with, the whole administration is in danger of unraveling. Did someone steal the election? Are America's enemies involved? Were the tampered-with machines actually rigged to swing the election the other way--and if so and the plot failed, what is the conspirators' backup plan? Jake Grafton and Tommy Carmellini race to solve the mystery of a potentially rigged election before Americans' full faith and credit in our democracy, sovereignty, and rule of law become completely undone.

From Publishers Weekly:
"[I]n this second headline-inspired thriller with a conservative slant, [Coonts] sets his sights on the question of whether the 2016 election was rigged. Billionaire businessman Vaughn Conyer, a populist who's never held elective office, has defeated Cynthia Hinton, who was 'the establishment candidate, promising more of the same, ' in an upset victory. Coonts's series lead, CIA director Jake Grafton, assigns his agent sidekick, Tommy Carmellini, to an FBI task force investigating election fraud. Hinton's supporters are claiming that foreign governments meddled in the election. Tommy is working with Maggie Miller, the special agent in charge of the task force, when they receive notice that a voting machine technician, Junior Sikes, has been jailed in Pennsylvania on [felony] charges and is willing to talk about his part in the voting machine chicanery. Before Junior can squeal, he and three others are whacked. Soon the body count stands at seven, and Tommy is dodging assassination attempts. Less vitriolic than Liberty's Last Stand, this outing should have broader appeal, though Trump fans will enjoy it most." From The Real Book Spy
"For those on the right, The Armageddon File should find its way to the top of your to-read list rather quickly. Coonts, who switched publishers prior to releasing last year's Liberty's Last Stand--which is one of the most politically incorrect and controversial novels since Vince Flynn's Term Limits--continues to write unfiltered, conservative-driven storylines that hold nothing back. The Armageddon File is a knockout blow to those who wish Coonts would tone down the politics, and his like-minded fans are sure to enjoy his unapologetic style. The stakes have never been higher for Grafton and Carmelini, as Stephen Coonts delivers another high-powered, politically-charged thriller that is not to be missed."

The list of Regnery authors reads like a "who's who" of conservative thought, action, and history.
If the item details above aren’t accurate or complete, we want to know about it. Report incorrect product info.